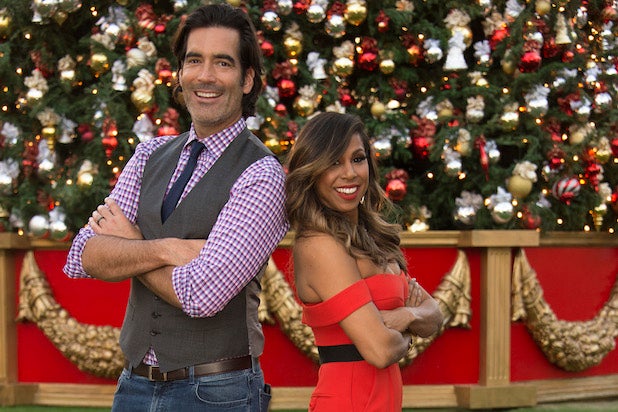 ABC decked the halls with bright Nielsen numbers on Monday night. The Season 5 premiere of the broadcast network’s decorating competition series, “The Great Christmas Light Fight,” and the fall finale of the immensely popular freshman drama “The Good Doctor” came together to keep the network near the top of primetime’s TV ratings for the evening.

And ABC would have won, too, if it weren’t for that pesky Peacock.

NBC owned Monday, thanks to the “The Voice” reaching its critical Top 10 episode, which crushed “The Great Christmas Light Fight” in the 8-10 p.m. time slot.

NBC was first in ratings with a 1.6 rating/6 share in the advertiser-coveted 18-49 demographic and in total viewers with an average of 8.3 million, according to preliminary numbers. At 8, “The Voice” posted a 1.9/7 and and 10 million viewers. At 10, a special holiday edition of “The Wall” took a 1.0/4 and 4.7 million viewers.

Univision was fifth in ratings with a 0.6/2 and in viewers with 1.6 million.

Telemundo was sixth in ratings with a 0.5/2 and seventh in viewers with 1.2 million.

We've already learned that just six entertainment (so, no sports or news programming) TV shows across the Big 4 broadcast channels were able to grow their audiences from Fall 2016 to this season -- but which ones are actually falling the hardest? TheWrap's got that answer for you today, and we've ranked them in order from bad-to-awful.

Unfortunately for Fox, the newest of the networks (again, we're leaving The CW alone here) owns each of the three worst year over year total-viewer drop-offs. All numbers in this story comes from Nielsen's "most current" metric, which includes a week's worth of delayed viewing where available.

Also Read: How Matt Lauer’s Firing Could Impact ‘Today’ Show in the Ratings