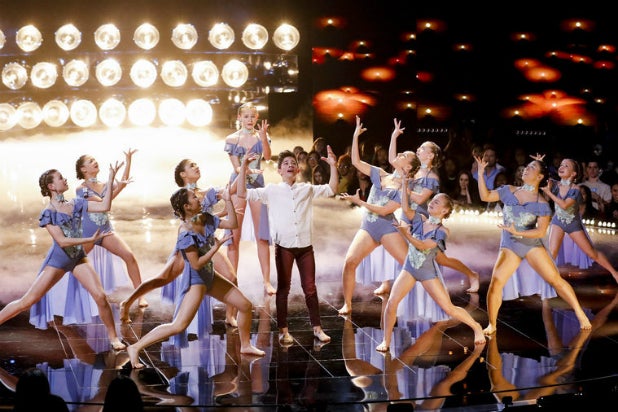 Jennifer Lopez’s “World of Dance” hit a Wednesday high in TV ratings, when the dance competition series paired nicely with “America’s Got Talent” for a comfortable NBC win.

Fox was second in ratings with a 1.0/5, but finished fourth in viewers with 3.3 million. “MasterChef” was the only show on its schedule, averaging those aforementioned Nielsen numbers.

ABC was fourth in ratings with a 0.6/3 and third in viewers with 3.5 million. Following repeats, British monarchy exploration “The Story of the Royals” from 9-11 had a 0.6/3 and 4 million viewers.

Telemundo was fifth in ratings with a 0.5/2 and in viewers with 1.3 million.