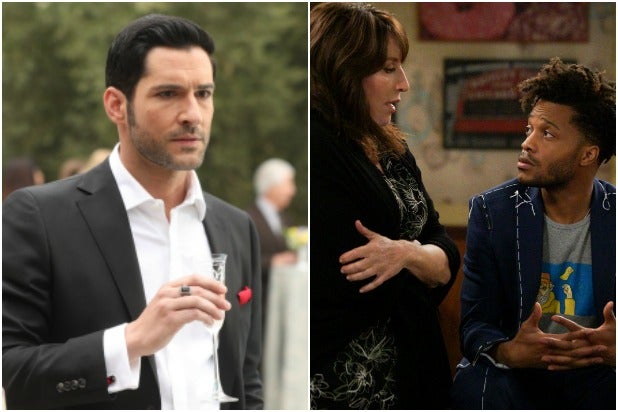 Sorry to see you go, “Lucifer” and “Superior Donuts” — but fans love to watch you walk away.

Both canceled shows aired their series finales last night, and both grew in ratings from last week. Fox’s “The Resident,” which was renewed for the 2018-19 season, remained steady week to week.

NBC won another Monday outright as “The Voice” made its way from its Elite Eight to the Final Four, to steal some sports terms.

Also Read: Ratings: 'Timeless' Rises in Season 2 Finale - But Is It Enough to Save NBC Series?

The CW and Telemundo tied for sixth in ratings, both with a 0.4. Telemundo had a 2 share, CW got a 1.

Telemundo was seventh in total viewers with 1.12 million.