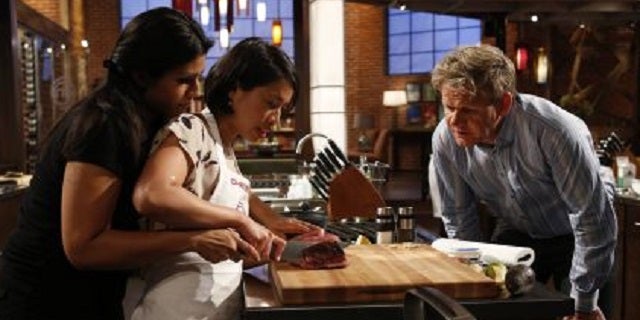 Fox's "MasterChef" inched up Wednesday night to take the night's top slot in the key demographic, serving up an overall win for the night for the network. CBS's "Big Brother" slid with its season premiere to tie a low for season debuts, but it was still the night's most-watched program for the night, according to preliminary numbers.

Fox, which aired "MasterChef" throughout its primetime slate, took first place in the 18-49 demographic most important to advertisers with a 2.3/7 and was also first in total viewers with 5.7 million. Those numbers represent a 5 percent uptick in the demo and a 4 percent increase in total viewers.

CBS tied Univision for second in ratings with a 1.5/5 and took second place outright in total viewers with 5.7 million, compared to Univision's fourth-place 3.9 million. The "Big Brother" season premiere at 8 p.m. drew a 2.1/7, down 19 percent from last summer's premiere and tying a series low for season premieres. "Big Brother" drew 6.3 million total viewers, the largest audience of the night.

"American Baking Competition" premiered in its time period the following hour with a 1.2/4, flat with last week's 8 p.m. airing, and drew 5 million total viewers. A "Criminal Minds" repeat closed the night for the network.

NBC, which aired repeats throughout the night, was fourth in ratings with a 1.0/3 and third in total viewers with 4.5 million.