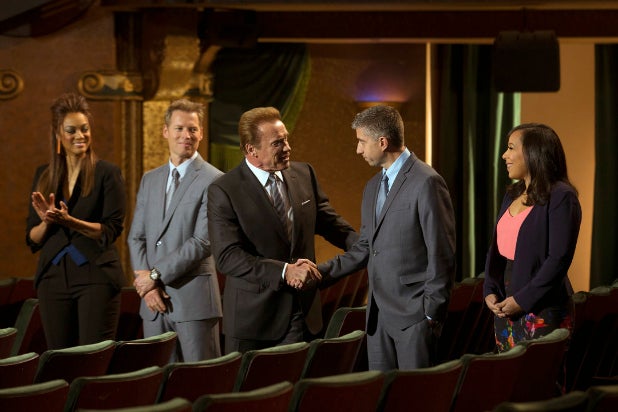 “The New Celebrity Apprentice” continued to slip in the ratings, with the series hitting a new season low Monday night.

Airing from 8 p.m.-10 p.m. on NBC, the series averaged a 1.0 rating in the key adults 18-49 demographic and 3.8 million viewers. That is down just under 16 percent in the key demo and just under 12 percent in total viewers compared to last week, when the show had actually improved from the week before.

“The Bachelor” on ABC beat the show handily in both hours, averaging a 2.4 rating and 7.3 million viewers from 8-10.

ABC came in first in the demo with a 1.9 rating overall and second in total viewers with 5.9 million. “The Bachelor” aired from 8-10, followed by “Quantico,” which averaged a 0.9 rating and 3 million viewers.

Univision tied for fifth in the demo with a 0.7 rating but finished fifth in total viewers with 2 million.

Telemundo tied for fifth in the demo with a 0.7 rating but seventh in total viewers with 1.7 million.