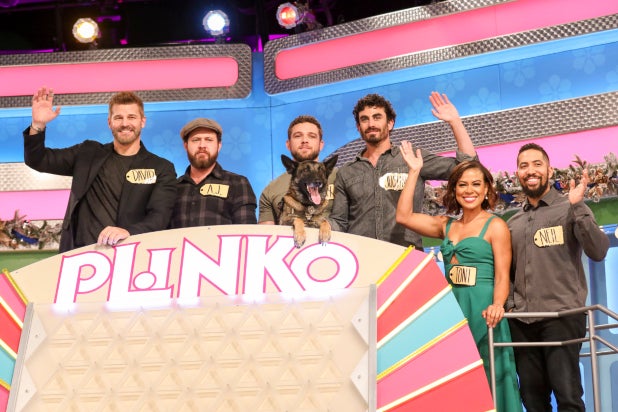 Network TV is feeling the pre-Christmas lull, with ABC and CBS airing competing specials on a slow Sunday night, with CBS coming out on top between the two. But of course, it’s still football season and that meant that they were both no match for pigskin action.

As per usual on Sundays, the NFL ruled primetime. NBC finished first and Fox, which had the afternoon’s football overrun, was second. Due to the nature of live sports, the below fast-affiliate Nielsen numbers for NBC and Fox should be considered subject to significant adjustment.

NBC was first in ratings with a 3.2 rating in the advertiser-coveted 18-49 demographic and in total viewers with an average of 12.3 million, according to preliminary numbers. Those were the averages of NBC Sports’ 90-minute pregame show, “Football Night in America,” and the Kansas City Chiefs-Chicago Bills game itself.

Fox finished with a 2.4 rating with a pair of “Masked Singer” repeats.

CBS aired a holiday-themed “Price is Right” at 8 p.m. and its annual “Home for the Holidays” at 9 p.m. ABC’s “Kids Say the Darndest Things” was the only regularly scheduled original to run Sunday, followed by the two-hour news program “The Year: 2019.” CBS (0.5) edged out ABC (0.4) for third. The disparity was wider among total viewers, with CBS finishing with just over 4 million, while ABC got 2.6 million viewers.