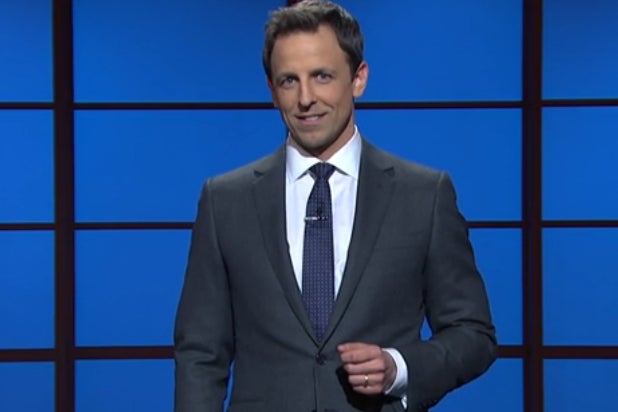 Seth Meyers continued to roll in his third telecast, tying the “Late Night” series’ top ratings for a Wednesday in 5 years.

This time, however, the show fell shy of topping its combined competition — though just barely. The rounded 2.7 million viewers Meyers pulled in were topped by the roughly 2.8 million for the combination of ABC’s “Nightline” and CBS’ “Late Late Show with Craig Ferguson.”

Fallon’s “Tonight Show” was still solid as well, pulling in a 1.7 rating on night No. 8. Its 5.5 million viewers topped the combined efforts of CBS’ “Late Show with David Letterman” (2.4 million) and ABC’s “Jimmy Kimmel Live” (2.5 million).

Thursday’s telecast is scheduled to include Denzel Washington, Shaun White and musical guest Sara Bareilles with The Roots.