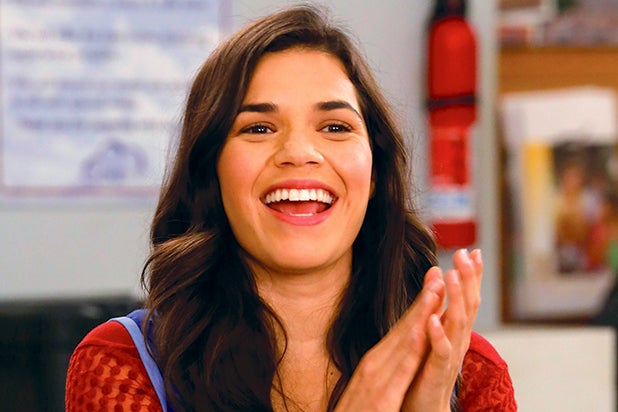 Both “Superstore” and “The Good Place” rose in the Thursday ratings despite stiff competition from NFL football on CBS.

The America Ferrera-led sophomore series “Superstore” clocked in at 8 p.m. ET with a 1.3 rating in the key adults 18-49 demographic and 5.2 million viewers, up four percent in the key demo and more than 18 percent in total viewers compared to last week.

The Kristen Bell and Ted Danson freshman comedy “The Good Place” followed at 8:30 with a 1.4 rating and 5 million viewers, up 11 and 12 percent, respectively, in both key measures.

Nevertheless, CBS easily won the night with a 2.4 rating and 8 million viewers, airing only the matchup between the Arizona Cardinals and the San Francisco 49ers. However, due to time shifting, these results are approximate and will most likely be updated later on Friday.

Telemundo came in fifth with a 0.9 rating and 2.3 million viewers.

Univision finished sixth with a 0.6 rating and 1.7 million viewers.

The CW came in seventh with a 0.3 rating and 998,000 viewers, airing only Night 1 of the iHeart Radio Music Festival.