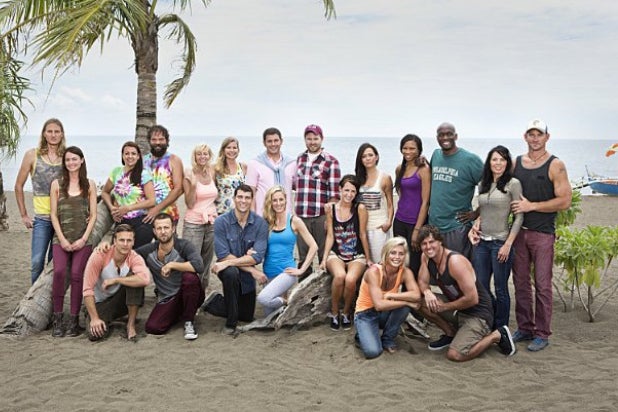 CBS’s “Survivor” slipped 19 percent to an all-time fall premiere low Wednesday, while its “Big Brother” finale was down just a bit. NBC’s “America’s Got Talent” season finale closed up from last year’s, according to preliminary numbers.

Despite the drop, CBS was first in ratings with a 2.5 rating/8 share in the advertiser-coveted 18-49 demographic and second in total viewers with an average of 8.1 million, according to preliminary numbers. The 90-minute “Survivor: Blood vs. Water” premiere at 8 p.m. earned a 2.6/8 — still making it the highest-rated show of the night — and 9.5 million viewers. At 9:30, the “Big Brother” finale received a 2.4/7 and 6.7 million viewers, down slightly from last year.

Fox was second in ratings with a 2.2/7 and third in total viewers with 6.6 million. The “X-Factor” was the only show on the network’s primetime schedule. Its ratings were flat with last week’s premiere.

NBC was third in ratings with a 2.0/6 and first in total viewers with 9.2 million. “Million Second Quiz” at 8 earned a 1.2/4 and 4.9 million viewers. At 9, the finale of “America’s Got Talent” received a 2.5/7 and 11.3 million viewers, making it the most-watched program of the evening. “Talent” was up 14 percent from last fall’s season finale in the key demo.

Univision was in fourth in ratings with a 1.3/4 and fifth in total viewers with 3.4 million.

ABC was in fifth in ratings with a 1.0/3 and fourth in viewers with 3.5 million, airing entirely repeats.