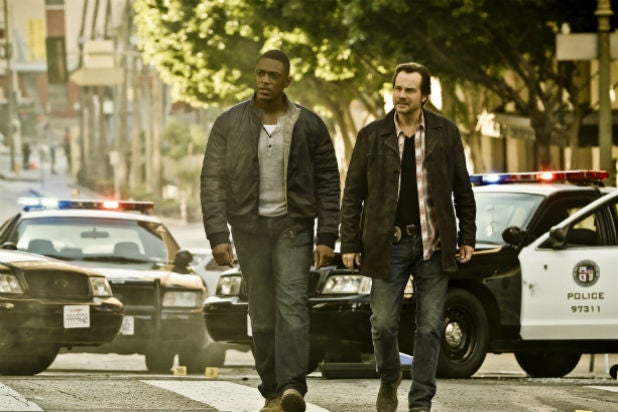 The CBS adaptation of “Training Day” found no love in its Thursday night debut, with the hour-long police drama opening to anemic numbers in the ratings.

Elsewhere on CBS, the news is much better. The new sitcom “Superior Donuts” took full advantage of its “Big Bang Theory” lead-in for an impressive opening night. Airing at 8:30, the Jermaine Fowler-Judd Hirsch comedy pulled an impressive 1.9 rating and 10.6 million viewers.

That makes “Superior Donuts” the second-best comedy debut of the season, behind fellow CBS series “Kevin Can Wait,” which opened to a 2.6 rating and 11.1 million viewers back in September.

The real test “Superior Donuts” will come next week, however, when it moves to its official Monday night time slot. Whether or not the show retains the audience it built last night remains to be seen.

Univision finished fifth with a 0.7 rating and 2 million viewers.

Telemundo finished sixth with a 0.6 rating and 1.6 million viewers.