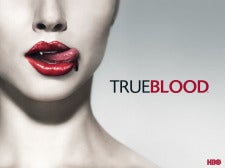 HBO premiered "Hung" and "Entourage" on Sunday night, but neither could hold a candle to the ratings numbers posted by "True Blood."

The second season premiere of "Hung" got 2.5 million viewers in its initial airing at 10 p.m. and another million for the 11 p.m. rebroadcast. "Hung" was down 12 percent from its series premiere last year; not a good sign for the sophomore show.

None of these early ratings numbers factor in DVR and On Demand audiences, which tend to be high for HBO shows.