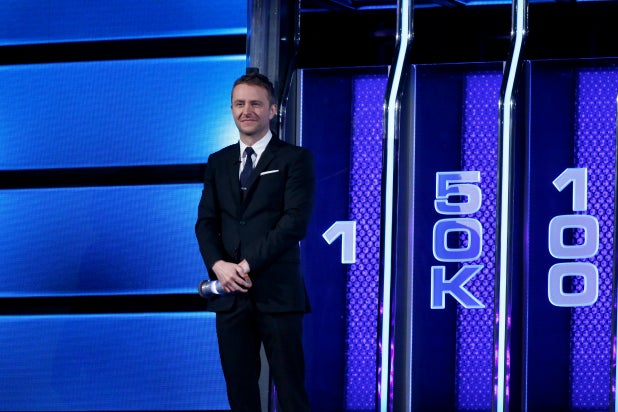 NBC’s “The Wall” was the top-rated show on the same night President Trump made his live primetime announcement on who his Supreme Court nominee will be.

Is it mere coincidence that a show called “The Wall” did well after Trump, who has pledged to build a wall on the U.S.-Mexican border? You be the judge.

Airing a new episode at 9 p.m., “The Wall” managed a 1.4 rating in the key adults 18-49 demographic and 5.6 million viewers, making it the top new show of the night in the demo.

Per the available numbers, NBC topped the night in the key demo with a 1.2 rating overall but finished second in total viewers with 5.1 million. President Trump’s announcement at 8 was followed by a repeat of “The Wall.” The new episode of “The Wall” followed at 9. A repeat of “This Is Us” closed at 10.

CBS tied for third in the demo with a 0.8 rating but finished first in total viewers with 6 million. Following Trump, “Kevin Can Wait” managed a 0.7 rating and 4.3 million viewers at 8:30. “The Super Bowl’s Greatest Commercials” special aired at 9 with a 0.9 rating and 6.4 million viewers. A repeat of “Bull” aired at 10.

ABC tied for fourth in the demo with a 0.7 rating and fourth in total viewers with 2.9 million. The network aired only repeats until “Agents of S.H.I.E.L.D” at 10, which drew a 0.6 rating and 2.2 million viewers.

Univision tied for fourth in the demo with a 0.7 rating but finished sixth in total viewers with 1.9 million.

Telemundo finished seventh overall with a 0.6 rating and 1.6 million viewers.