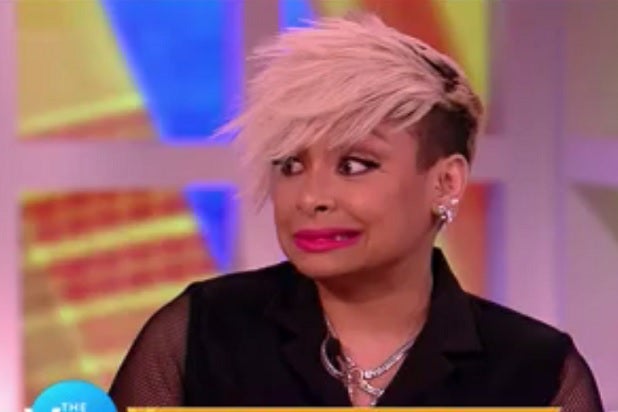 Former “The View” panelist Raven-Symone is opening up about the effect that childhood body-shaming has had on her state of mind, saying that she has “so many mental issues” that are likely the result of being criticized about her body as a youth.

“I wish I was living now as a younger person,” Raven-Symone told People in an interview published Monday. “I probably wouldn’t have so many mental issues.”

Raven-Symone went on to detail the criticism, recalling, “[They said] I was too big to be doing an hour and a half concert. ‘I don’t know how she can dance being that big.’ And I was like, ‘I still did it!'” she offered. “I was on tour forever because it’s not about your size, it’s about what you have to say, if you can sing or dance, and performing. It’s not about your size.”

It’s a topic that Raven-Symone has discussed before. During her run on ABC daytime talk show “The View,” she divulged how she was told not to eat while portraying Olivia Kendall on “The Cosby Show.”

“It was definitely hard,” she revealed in 2015. “I remember not being able to have the bagel or anything at — we would call it crafty, where it’s just a table of food, ready for you to eat whatever you want. And I remember people would be like, ‘You can’t eat that. You’re getting fat!’ I’m like, ‘I’m seven! I’m hungry!'”

Fortunately, the “Raven’s Home” star said, body acceptance has come a long way since her days as a child actor.

“In this day and age you have all kinds, and it’s funny, it’s serious, it’s every color, it’s every head shape, it’s every hair. And there’s androgyny, and there’s LGBT coming in, and it feels good,” she told People. “We didn’t have it enough last time and I guess that’s what the past is for — to make sure the present is what it needs to be.”

'That's So Raven' Cast: Where Are They Now? (Photos)

Raven-Symone is returning for Disney Channel spinoff, but what about her co-stars?

Then: Playing Raven Baxter, a teenager with psychic abilities who gets into all sorts of trouble.

Raven-Symone is the first confirmed cast member for the new series.