The series is going under a working title of “Queen of Fire.”

The series will follow the story of five characters “in a shared destiny of another world, divided into warring nations, where the politics are as cut-throat as any own real-world history,” per Lone Wolf Pictures.

“I am thrilled with the production’s fresh, original and expansive vision for adapting my books and stories for global screen audiences and core fans alike,” Ryan said in a statement. “It is an exciting opportunity to collaborate closely with the creative team in bringing my universe and characters to life on screen.”

Also Read:
What Is ‘House of the Dragon’ About? How HBO’s Prequel Series Connects to ‘Game of Thrones’

“Once drawn into Ryan’s masterful storytelling, audiences will delight in the twist to the immensely satisfying non-stop action, with heretics challenging the monastic orders of faith, legendary characters and monstrous creatures in an extraordinary struggle for power spanning a world of empires,” McDonogh said in a statement. “‘Queen of Fire’ is an unflinchingly brave story of people and empires bitterly divided, and the vital necessity of overcoming their differences to have any hope of making a better world.” 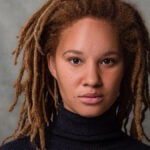 “Ryan’s beautifully crafted body of work has captured the attention of millions and we are honored to bring it to life on television,” Telegdy said in a statement. “The robust and timeless storylines of this epic franchise provide endless possibilities to uniquely engage and captivate a global audience.”

“Queen of Fire” features enslaved princess Lyrna, who “despite the malign manipulations of her father, rises to lead an empire in uncovering the truth of the forbidden powers of the Dark,” per Lone Wolf.

It also features Reva, a young woman, “born to privilege, stolen from her loving home, raised to kill and blinded by revenge.”

“‘The Woman,’ as she is simply known, is a cruel, ruthless and utterly unrepentant soul in the body of a beautiful woman with an insatiable lust for power who will stop at nothing for the promise of immortality,” per Lone Wolf.

Vaelin, a legendary warrior, “server of the faith, possessor of a gift, known as ‘the Blood Song,’ a form of precognition,” is also a focus of the series. His gift helps guide his “sword in battle and shows him the right path – if he chooses to take it.”

“Frentis, who grew up on the streets alone, is powerless against The Woman’s magic and forced to kill innocents and those he once served. He possesses a quest for revenge, which might see him lose the last remnants of the gentle soul he once was,” per Lone Wolf.