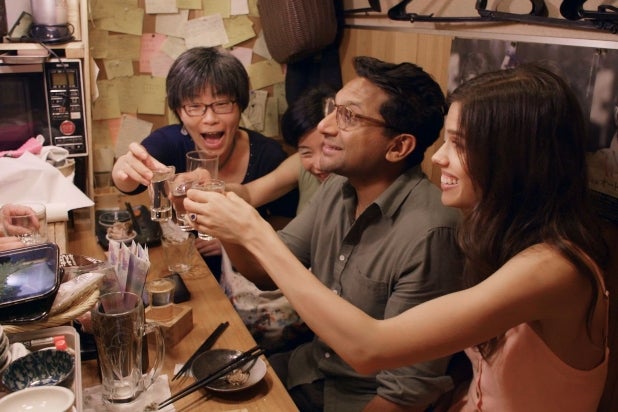 The buddy comedy docuseries will now become an HBO Max original. It follows actor, documentarian and philanthropist Ravi Patel (“Meet the Patels”) as he “travels the world seeking answers surrounding life’s universal questions,” according to the streaming service.

Here is the full synopsis:

“At each stop throughout this comedically heartfelt journey, Patel is joined by a friend or family member, with whom he shares a big conflict or question about life. He travels to Mexico with his parents to discuss retirement and aging; Japan with his wife to explore parenting and gender roles; Korea with his entrepreneur friend to confront their issues with work/life balance; Denmark with his Muslim friend to explore an immigration crisis not unlike ours here in America. Driven by an obsession to constantly learn and grow, the series offers an unfiltered look at Ravi’s personal struggles with each topic and the earnest comparison of social norms domestic and abroad.”

Also Read: TV Spinoff of 'The Batman' About Gotham City PD in the Works at HBO Max

“I’m obsessed with trying new things and getting better. I love fun and I love LOVE, hence the premise of this show,” Patel said. “Each episode truly was a life-changing journey; I learned so much about myself, laughed with some of the most inspiring people in my life, and gained fifteen pounds. With the world in such a crazy place right now, maybe this show is what some of us need, if anything for a laugh or two.”

“We’re very excited to go on this journey around the world with Ravi to provide audiences a unique and thoughtful perspective on life,” said Lizzie Fox, senior vice president of non-fiction programming at HBO Max. “We believe Ravi’s funny interactions and lessons learned throughout his travels will resonate with viewers, showing that we are truly all connected and have more in common than we think.”