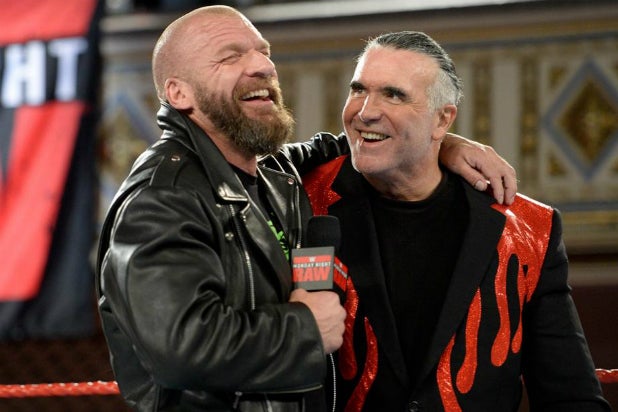 With 2.2 million viewers coming from the advertiser-coveted 18-49 demographic (and also in 25-54 demo, for what that’s worth), the USA Network-hosted “Raw 25” was the top show on all of cable for the night. The tally made this the highest-rated “Raw” since March 30, 2015, which was the night after “WrestleMania 31” from Levi’s Stadium in Santa Clara, California.

The 25-year “Monday Night Raw” celebration, which took place at the Barclays Center and Manhattan Center (to much different fanfare) in New York, was the No. 3 show on Monday night when also counting broadcast television.

In terms of total viewers, “Raw 25” tagged in 4.5 million overall audience members. One million of those were millennials (18-34).

It’s a welcome boost for “Monday Night Raw,” which has been struggling in Nielsen numbers when compared with last year.

“Raw” airs Mondays at 8/7c on USA. Sister show “SmackDown Live” runs Tuesdays at the same time and on the same channel.