Season 3 of the Showtime drama “Ray Donovan” ended with a series of explosive highs and lows, and Dash Mihok, who plays Bunchy, says that viewers should expect even more drama next year.

The last time we saw Bunchy, he had found love with Teresa (Alyssa Diaz) and the newlyweds were expecting their first child. It was a major development for the character after years of sexual repression as a result of being molested by a Boston priest as a child.

“He could have stayed repressed and arrested, and this gets to open a whole new plot line, especially with the possibilities of fatherhood,” Mihok told TheWrap. 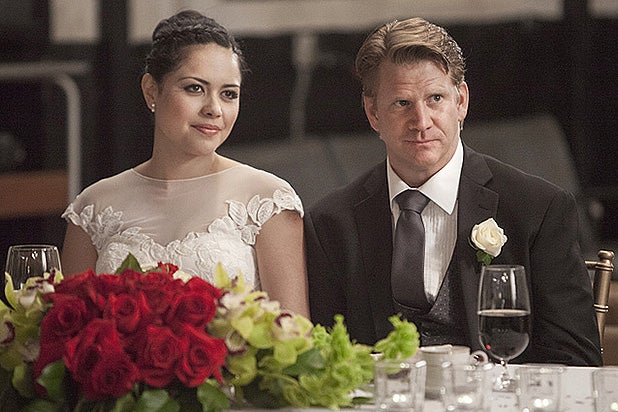 In an interview with TheWrap, Mihok talked about how McShane and Holmes helped elevate “Ray Donovan” to its “best season” yet, and why it would be “amazing” if Bunchy went to work for his brother Ray in Season 4.

TheWrap: It’s interesting that your character was finally able to find love.
: It was sort of a strange love, but they found some kind of kindred thing within each other and we’ll see where it goes next year, I’m not sure. But it’s nice to have opened that box up because he could have stayed repressed and arrested, and this gets to open a whole new plot line, especially with the possibilities of fatherhood.

TheWrap: Let’s talk about the sexual abuse. Emotionally, how did you prepare for the scenes where you deal with your repression?
Mihok: I did a lot of research and I talked to one man in particular, who was nice enough to completely open himself up to me. On top of that, you can do as much research as possible, then it’s really using your imagination because you can’t possibly know what these people have gone through. This individual that I talked to has a family and kids and yet he said there are days that he just shuts down and turns off, and he still questions his own sexuality even though he’s been married and he has children. He said it comes in waves. It’s heartbreaking, so I just tried to dig into the realm of sexual ambiguity and confusion… Hopefully, I did my job. The feedback has been good. 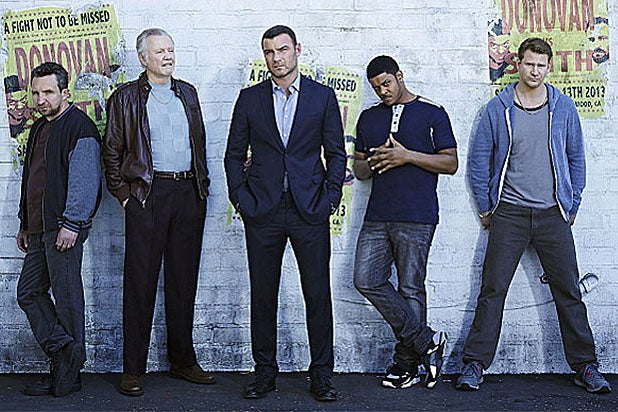 TheWrap: The movie “Spotlight” is getting a lot of attention on this issue right now. But “Ray Donovan” has been dealing with it for years. What’s been the reaction?
Mihok: I got an email forwarded to me a number of months ago by an individual who said that he felt visible for the first time in his whole life and that he thought that we really nailed it and he was so grateful that somebody was exposing the pain, the confusion and the truth because it hasn’t been talked about a lot. He just said ‘kudos’ and ‘thank you,’ and that’s the greatest compliment ever.

TheWrap: It’s awards season, I know the show has some nominations, but it’s been kind of overlooked in the past. Is this the breakout season?
Mihok: I thought this might have been our best season, so I hope so. The feedback from the general public seems like it’s their favorite. But awards are awards. All we can do is go do our jobs to the best of our ability. I’ve been in New York the past three weeks and on the street everybody is just grateful and says great things about the acting and hopefully it translates into an award. If not, what can you do? 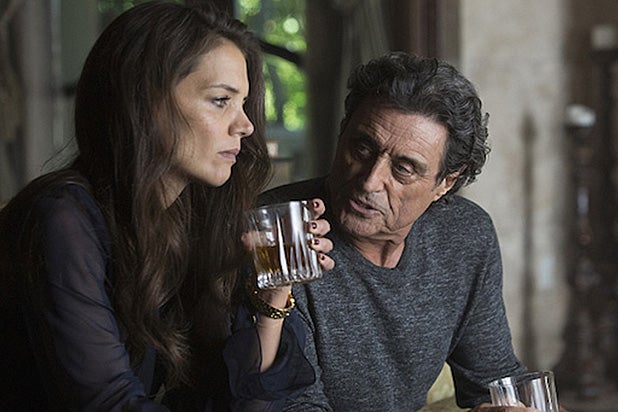 TheWrap: You’ve had some amazing guest stars this season, including . Who would you like to see on the show next season?
Mihok: The great thing is it seems like people wanna come play with us and again, that’s a compliment as well. I don’t know what they (writers) have in store. If we can get more people like Katie and , we’ll be winning.

TheWrap: Where would you like to see Bunchy go next season?
Mihok: Liev had this plot line, that I loved, but I don’t know if it’s gonna happen. He had this idea that it would be amazing if I came and worked for him. I think there would be a lot of humor and hijinks if Bunchy got to work for Ray. But I’m sure that if the fatherhood thing continues, there’s going to be a whole struggle thing with being a parent and the way you view your children when you’ve been abused — you’re totally confused and conflicted.

“Ray Donovan” Season 3 is available on DVD and Blu-ray on Tuesday, December 29.