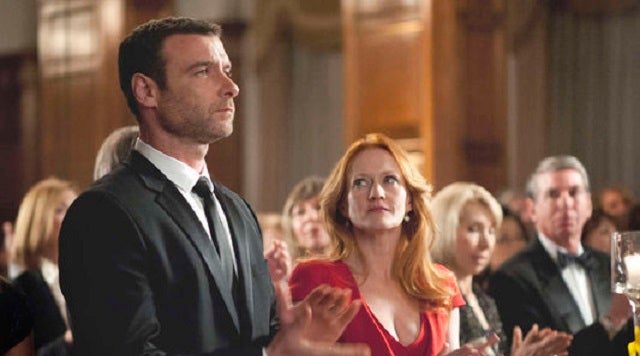 “Ray Donovan," the new series debuting Sunday on Showtime, is about a South Boston transplant who works as a fixer for the rich and powerful of Hollywood.

It has a terrific pedigree. Liev Schreiber stars as the title character with Jon Voight playing his father, and creator Ann Biderman is behind the critically acclaimed TNT series “Southland.” That should be enough to get people to tune in; whether the show will deliver enough to keep them viewing remains to be seen.

The New York Post‘s Linda Stasi will be back, for sure.

“Do you remember the first time you saw ‘The Sopranos,’ ‘Breaking Bad’ or ‘Six Feet Under’ and you knew you were watching something you’d never seen before? Get ready for that to happen to you again. Showtime’s ‘Ray Donovan’ is every bit as good as any of those,” she wrote.

Also read: 'Dexter' Review: Take Out Part of Your Brain and Enjoy

The Wall Street Journal‘s Dorothy Rabinowitz was equally wowed, calling it “sharply written, sophisticated even at its most melodramatic, with first-class performances throughout. Not the kind of thing that comes along often in the summer, or any other time of year, for that matter.

The Ray Donovan character, Carp opines, “seems to be trying to outdo the craziness of his job with an even crazier home life which only serves to undermine the effect of both. When the show is always at 11, it's hard to engage emotionally. Carp called it “the television equivalent of a blockbuster. All spectacle. And this attitude pervades not just the storytelling and characterization but also seeps into many of the performances.

“Jon Voight hasn't been very good in years but his Micky Donovan is still one of the worst in recent memory. The man hasn't met an accent he didn't like.”

“So what’s wrong? Aside from Ray Donovan himself, ‘Ray Donovan’ is cluttered with broad characters it's hard to feel invested in,” said Molloy, noting that was only part of the problem. “Some of the black and Jewish characters feel like stereotypes dreamed up by the Irish stereotypes,” he writes.

“The most egregious ones come in the third episode, when we meet an African-American rapper trying to adopt a boy he calls ‘the black Justin Bieber‘ who has his eye on Ray's young daughter. His music, by the way, is much cornier than that of any recent rapper, or Justin Bieber. It made me worry that the writer's room may just be out of touch.

“I’m not calling the show racist. The problem with the characters isn’t that they’re offensive. It's that they’re offensively obvious. I think ‘Ray Donovan’ is trying a little too hard to be gritty and gutsy and real, like ‘Southland’ felt. But Ray Donovan’ seems to think that showing people fighting, cursing and getting it on is enough to make them seem authentic. It isn’t. They also need to seem believable when they’re not in a boxing gym or bedroom.”