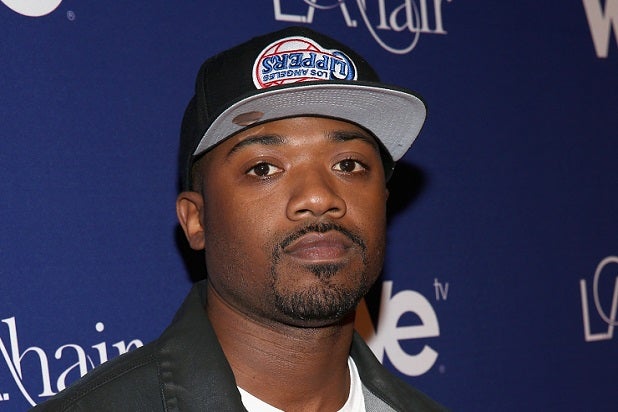 Ray J got his weekend off to a very bad start.

The musician and Kim Kardashian sex-tape co-star was arrested on Friday night after getting involved in an altercation at the bar at the Beverly Wilshire Hotel, then refusing to leave the hotel and engaging in a clash with police that involved spitting and a shattered police-car window, according to the Beverly Hills Police Department.

Ray J’s brush with the law started when the 33-year-old singer (born William Ray Norwood Jr.) got into an altercation at the hotel bar after he was accused of grabbing a woman’s buttocks. It was later determined that his contact with the woman’s buttocks was incidental. Norwood agreed to leave the hotel after speaking with police officers, but grew belligerent with the valets and subsequently refused to leave, police said.

Police took Norwood into custody and put him in the back of a police car, after which he shattered the side window of the car with his feet. After being removed from the car so that his feet could be restrained, he “became combative” and spat in an officer’s face, police said.

In addition to being placed under a private person’s arrest for trespassing, Norwood has been charged with vandalism, resisting arrest  and battery on a police officer, police said.

Norwood was released Saturday morning after posting bond on $20,000 bail. He is due in court on July 25.