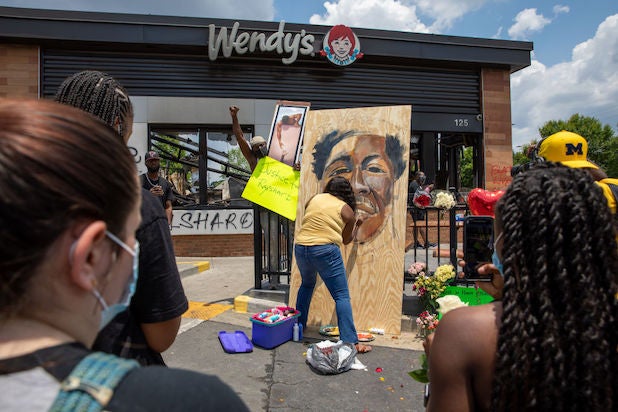 Rolfe faces a total of 11 charges, while Brosnan — who is now a witness for the state, Howard said — faces three.

Shortly before Howard’s announcement, attorneys for Rolfe said in a statement to the Associated Press that Rolfe feared for his safety and that “any officer would have reasonably believed that [Brooks] intended to disarm, disable, or seriously injure him.”

Rolfe and Brosnan were called to an Atlanta Wendy’s after a person reported that a man, Brooks, was asleep in his car in the drive-through lane. Video footage of the incident reviewed by the New York Times shows that Brosnan was the first to arrive; the officer woke up Brooks and asked him to park in a nearby parking space. But a few minutes later, Brosnan calls for another officer to join him and Rolfe arrives shortly after. Rolfe then pats Brooks down to check if he is armed; Brooks later says he has been drinking and offers to walk to his sister’s house, which he says is not far away. Rolfe then administers a breathalyzer test on Brooks, who is compliant throughout.

But after Rolfe conducts the sobriety test and determines Brooks “has had too much drink to be driving,” the officer proceeds to handcuff Brooks; Brooks begins to resist arrest and takes a Taser from Brosnan and punches Rolfe, according to additional footage taken by a witness. Brooks then attempts to run away and Rolfe fires his Taser at him; during the chase, Brooks can be seen pointing the Taser at Rolfe, who then switches to his handgun and fires at Brooks.

Rolfe was fired from the police department the day after the shooting, Brosnan was placed on administrative leave and the Atlanta Chief of Police Erika Shields stepped down.

The fatal shooting happened two weeks after another black man, George Floyd, was killed by police in Minneapolis.