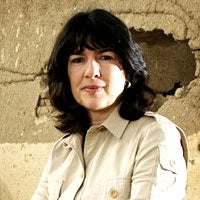 On Thursday, ABC News announced that it had finally lured Christiane Amanpour away from CNN to become host of "This Week." Memos from both networks were issued.

On Friday, Amanpour issued her own:

To My Family at CNN,

I am stunned and humbled by all your words and thoughts and good wishes. I have been bobbing on a tide of poignancy, enveloped in the amazing outpouring of love and affection from my friends and family at the place I call home.

For nearly 27 years it has not just been a privilege but an unparalleled pleasure … a great, rollicking, earth-shaking, world-shaping adventure…to be part of CNN, which is not just a company but an institution that has changed the very way we live. From the beginning the excitement was overwhelming as Ted Turner strode around declaring “I WAS CABLE BEFORE CABLE WAS COOL.”

From being shut out of the first White House stake-outs 30 years ago to the barely met payrolls, CNN and all of us, the army of true believers, did what no-one ever imagined one organization could do, pioneering, transformative, indispensible to this day.

From the very first day I walked into the newsroom at Techwood, September 1983, I have been proud to climb the ladder CNN put in front of me, every hard-won step of the way. Not just proud, but thrilled to bits. I feel truly fortunate to belong to the most supportive, amazing, dedicated and inspiring people from the leadership to my colleagues in every corner of the company.

I never get tired of recalling the heart-stopping events we have all covered and brought to the world, from the Wall coming down, to the first Gulf War. To Bosnia where I became myself as a reporter, where I learned how to use my voice, where I learned what it means to have someone’s back and for them to have yours; where we risked our lives…and sometimes our sanity…forged the closest of bonds and never never wavered from the mission: to report the truth, no matter how difficult and dangerous; to be the eyes and ears of our viewers in the United States and around the world, to tell people’s stories and be a constructive and positive force in society, a force that tries to make a difference.

That’s what CNN is, that is what I am so proud to have been part of, proud to have helped shape. And happy to have had so much fun all along the way.

That’s the mission I have been trying to continue with my phenomenal team at our eponymously named program here. So why am I leaving? In my heart I am not. This has been the most difficult of decisions. I am simply taking the next challenging and difficult but exciting step. I believe more than anything that knowledge and familiarity with important international news and events abroad are fundamental to Americans today. This rare chance to take international news to a broader base here in the United States is one that I felt I could not turn down. I will take everything I have learned, and loved, here at CNN and put it into action!

And the network I love will have you, your hard work, your heart, your vision and your faith. Keep doing CNN’s important work, without which the world would most definitely be a poorer place. Never forget who you are. Never forget what CNN is. Never forget how we all together changed the world.

From the bottom of my heart I thank you all, and I say only “au revoir”, not goodbye