Michael Jackson’s will was filed Wednesday in an L.A. court, and it cuts out former wife Debbie Rowe. 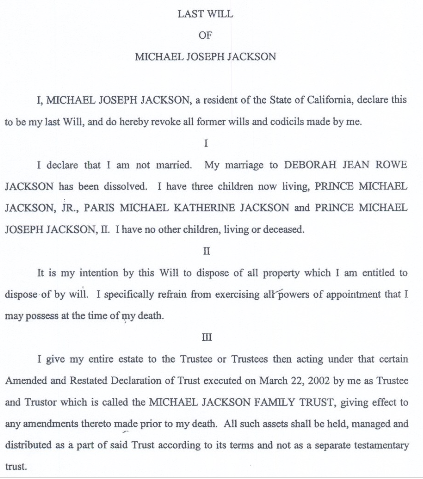 It also gives the entire estate to the Michael Jackson Family Trust, with his mother named as a beneficiary of the trust and guardian of the children.

The will names Diana Ross as the children’s guardian if his mother is unable to fulfill her duties.

Read the full will here.