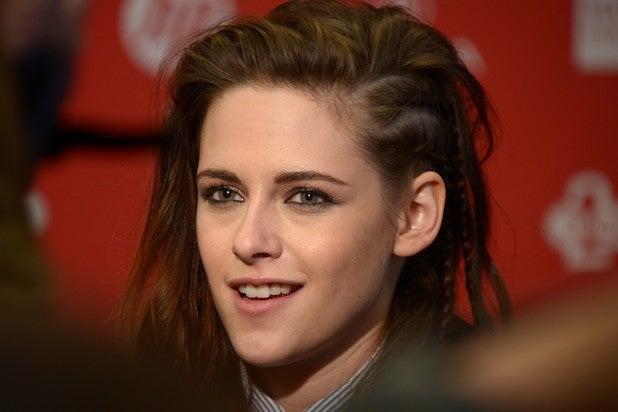 Kristen Stewart has been showcasing her passion for performing since she was just 9 years old, and now at 23, she’s unveiling her penchant for poetry.

The “Twilight” star allowed Marie Claire to publish one of her poems that she wrote during one of her various road trips across the country last year while taking a break from acting after her tabloid exploits with director Rupert Sanders, and subsequent breakup with Robert Pattinson.

“I like being able to hit on something, like, ‘There it is.’ I don’t want to sound so fucking utterly pretentious … but after I write something, I go, ‘Holy fuck, that’s crazy,'” Stewart said of her poetry in the new interview. “It’s the same thing with acting: If I do a good scene, I’m always like, ‘Whoa, that’s really dope.'”

Before reading the poem titled “My Heart Is a Wiffle Ball/Freedom Pole” to her interviewer, she called it “so embarrassing.”

You don’t get the benefit of hearing Stewart’s delivery, but here it is, so decide just how “embarrassing” it is for yourself:

My Heart Is A Wiffle Ball/Freedom Pole

I reared digital moonlight
You read its clock, scrawled neon across that black
Kismetly … ubiquitously crest fallen
Thrown down to strafe your foothills
…I’ll suck the bones pretty.
Your nature perforated the abrasive organ pumps
Spray painted everything known to man,
Stream rushed through and all out into
Something Whilst the crackling stare down sun snuck
Through our windows boarded up
He hit your flint face and it sparked.

And I bellowed and you parked
We reached Marfa.
One honest day up on this freedom pole
Devils not done digging
He’s speaking in tongues all along the pan handle
And this pining erosion is getting dust in
My eyes
And I’m drunk on your morsels
And so I look down the line
Your every twitch hand drum salute
Salutes mine …