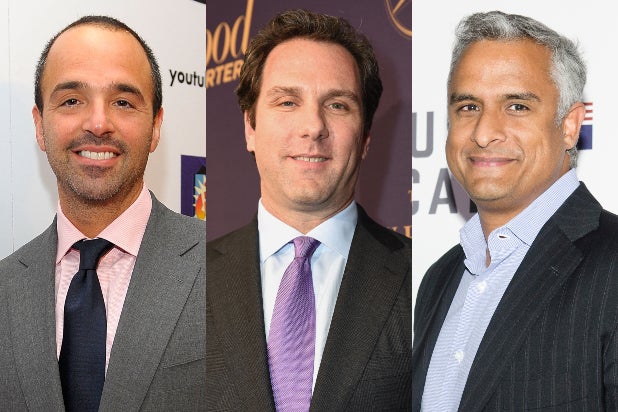 Matt Belloni was fired as editorial director of The Hollywood Reporter after 14 years at the publication on Monday with no reason given for the move, although TheWrap reported tension between him and Modi Wiczyk and Asif Satchu — the co-CEOs of THR’s parent company Valence Media — over editorial independence.

TheWrap obtained his exit memo to his staff, in which the longtime editor wrote: “”Well-meaning, diligent, ambitious people can disagree about fundamental priorities and strategies.”

Here is the full memo:

I’m writing today to break news that many of you thought you’d never read: I’m leaving The Hollywood Reporter. Change is good; you gotta reinvent to thrive; do something that scares you every day; etc, etc. All the clichés are clichés because they’re true: It’s time for something new for me (and, alas, a new Twitter handle). But leaving this place is still hard, mostly because I won’t be working with all of you.

My 14 years at THR have been the greatest of my professional life. I arrived as a young lawyer (thanks to Bob Dowling and Norah Weinstein for the opportunity — and the pay cut!), participated in one of the greatest media relaunches ever (thanks to the uniquely talented Janice Min) and had the opportunity to lead this staff at a time of immense disruption and the MeToo movement. It’s been a privilege to lead this group of amazing media people — a nonstop, 24/7, nerve-wracking, gray hair-inducing, often absurd and hilarious privilege — and most of all challenging and rewarding. Together we’ve created so much impactful and enlightening journalism. Together we’ve earned all those National Magazine Award nominations. Together we’ve elevated what an industry print magazine can be, blown past our competitors and grown THR’s web audience to nearly 25 million uniques a month (our past three months have been our biggest ever!). And together we have created a collaborative and supportive team culture, one that allows us to maintain a high level of quality and insane volume while only wanting to kill each other a few times a year during awards seasons.

None of this would have been possible without Todd Boehly, THR’s owner for many of these years, who has supported me personally and who understands the value of a thriving brand. Thanks also to the Valence CEOs Modi and Asif for their leadership these past few years, to the incomparable Lynne Segall, who is everything that an editor could want in a publisher, and to Stephen Galloway for mentoring me early on and helping me to grow as an editor and manager.
There are just too many people on this current staff to mention in an email like this, so I’m going to reach out to people personally in the next few days. Thanks to each of you for playing a role in our success, for the relationships we have forged, for the late nights, for the break-the-internet stories, for the gorgeous cover shoots and videos, for enduring the Hollywood screamers, for the frustrating no’s, the improbable yeses and for giving me the confidence to take chances and defy expectations. Also a shout-out to my wife Kimberlin for living through the many, many intrusions that this crazy job entails.

OK, now this is veering into bad Oscar speech territory….

Journalists being journalists, some may wonder: Why now? No, the current global situation didn’t play a role in my exit. (In fact, it makes it even harder to leave this team when we’re rising to the occasion and covering the crisis as well as we are.) Today’s announcement is the result of a series of conversations I’ve had for a few months with Modi about the direction at THR. Some may want to read into that, but I’ll just say that well-meaning, diligent, ambitious people can disagree about fundamental priorities and strategies. That’s what happened here, and my exit is 100% amicable. I’ll be rooting for THR from afar, and I know that my personal friendships with all my colleagues here will endure.
I’ll be around for the next month to tie up loose ends and hopefully position THR for a new editor to make her or his mark. I hope I’ve made mine.
Matt