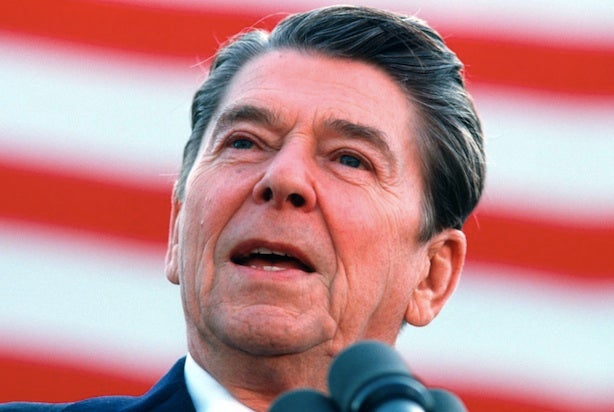 The Reagan Foundation has sent a cease-and-desist to the Trump reelection campaign and the Republican National Committee Saturday after the two organizations offered coins with Donald Trump and Ronald Reagan’s likenesses as part of a fundraising campaign.

The Washington Post reports that the coins were offered for a $45 donation to Trump’s 2020 reelection campaign. The Reagan Foundation, which holds the sole rights to Reagan’s name, likeness and image, says the coins were made without their knowledge and it is, therefore, using their “power to block them from being used for commercial purposes and political endorsements.”

The foundation is investigating how many coins have been sold and may take further legal action.

The president responded in a tweet to the Reagan Foundation’s action, pointing out that the organization’s chair is Frederick J. Ryan, Jr., who is also the publisher and CEO of The Washington Post. He also lashed out at Fox News about their recent polls which show him trailing Joe Biden in the race for the White House.

“So the Washington Post is running the Reagan Foundation, and RINO Paul Ryan is on the Board of Fox, which has been terrible. We will win anyway, even with the phony @FoxNews suppression polls (which have been seriously wrong for 5 years)!” Trump tweeted.

RNC Communications Director Michael Ahrens told Forbes that the RNC “will stop emailing this fundraising solicitation as a courtesy.” However, he noted that the Reagan Foundation has not previously objected to Trump’s campaign or administration using Reagan’s likeness or associating itself with the former president before, noting that the Reagan Library had hosted the president’s son, Donald Trump Jr., for a book signing last November.

“President Reagan was a proud Republican and supporter of a party that has carried on his fight for conservative principles of economic opportunity and limited government. His likeness is used by thousands of Republicans each year who gather around the country for ‘Reagan Dinners,’ and his library regularly hosts debates for our presidential candidates,” Ahrens added.

Reagan’s children have spoken out publicly against Trump. In a January 2018 interview with the Daily Beast,  Reagan’s son, Ron Reagan, described Trump as “a traitorous president who is betraying his country.” And this past February, Reagan’s daughter, Patti Davis, criticized Trump for his popular “Make America Great Again” slogan, which was taken from Reagan’s 1980 presidential campaign.

“I think it’s taken on, obviously, a completely different meaning because what it seems to mean now is ‘let’s make America white again and racist again and small-minded again,'” she said.