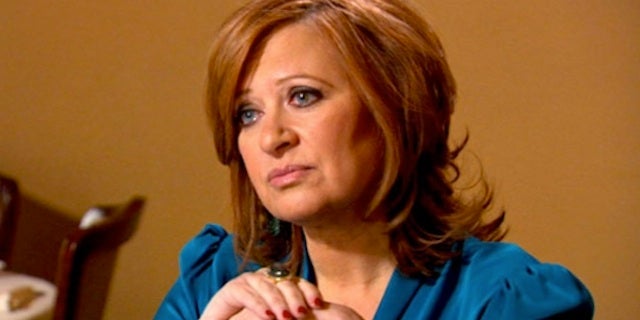 Viewers have seen what looks like a 180-degree change in Caroline Manzo's feelings toward the ongoing feud between cast member Teresa Giudice and her sister-in-law Melissa Gorga on Bravo's "The Real Housewives of New Jersey" this season.

"For me, it came to the point where everybody is right and everybody is wrong and everybody is entitled to feel the way they feel, but you need to just fix this and just agree to disagree just to get along for the sake of the kids and parents," Manzo told TheWrap.

So far this season, Manzo took it upon herself to meet with Melissa's husband and Giudice's brother, Joe, to find out how she can help facilitate reconciliation in the family. She then took what Joe said back to Teresa.

Manzo says attempts to resolve the feud has nothing to do with a desire for personal gain.

TheWrap: Last time we spoke about the release of your book, you said you didn't like how you behaved last season. How do you feel about yourself this season?
Caroline Manzo: I look at myself last season and I don’t blame anybody for having any issues but I don’t take anything back. That’s who I was and that’s how I felt. Every word I said I meant. This year, I just watched this week’s episode and I often wonder what the viewers are going to think about me kind of being the messenger this year. I look at it and I know where my heart and mind was and I know what my intentions are but to sit and watch the story play out right now in its infancy is uncomfortable. As viewers, you don’t know how it ends — but I do. So it is a role kind of like peacemaker, but it doesn’t look like it and it’s weird for me to watch.

Bravo's teasers make it seem as if you’ve reconciled with Teresa and you’ve seen something new in Melissa that you didn’t like.
Not at all. I harbor no bad feelings towards Melissa at all. For me it was just laying the cards out on the table and saying to them if you want to fix this problem, you have to wash the dirty laundry. So, I harbor no negative feelings towards Melissa, or Kathy [Wakile]. My negative feelings that I’m harboring are towards the situation that has to stop.

Did you know at the time that Melissa felt it was strange that you spoke with her husband without her?
No I didn’t. It makes me feel kind of bad as I watch it only because I was only trying to respect her feelings in saying time and again don’t put me in the middle. So when it came from me meeting Joe, it was nothing that had to do with anybody; it was just me trying to be a friend to him. Naturally, I wasn’t trying to keep it a secret from anybody, naturally I knew he was going to tell Melissa and I told everybody else that I saw him. There was no agenda there. I’m not trying to make the wall higher; I’m trying to break the wall down. So, I don’t understand the negative aspect of anybody thinking I’m doing anything wrong because I’m trying to help a bad situation, I’m not adding fuel to the fire.

What can we expect on the next episode?
You guys have to be patient with us for a little bit because the first four or five episodes are a regrouping of where we left off last year and kind of reminding the viewers why everybody feels the way they feel. The first three episodes, and now episode four as well, after my talk with Teresa, I have to deliver the messages kind of thing. [Joe] asked me to go see Teresa. I went and saw Teresa at his request. Teresa asked me to deliver messages, so I have to deliver those messages now. And in delivering those messages, sometimes you hurt people and it’s terrible. But if people ask me to do something for them, I’m going to do it. So, it’s kind of that. Those messages are starting to be delivered throughout the group.

"The Real Housewives of New Jersey" airs Sundays at 10/9c on Bravo.