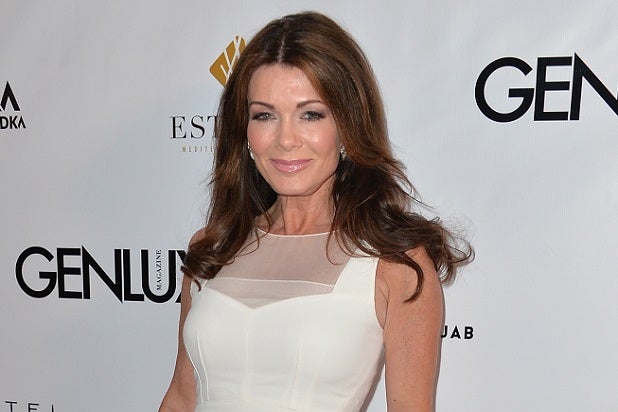 Kenneth Todd, the husband of “Real Housewives of Beverly Hills” star Lisa Vanderpump, has filed a lawsuit against a pair of brothers, claiming that he was targeted in an extortion campaign — oh, and that he was attacked with a concrete chipper.

According to the lawsuit —  which was fied in Los Angeles Superior Court on Tuesday, and identifies Todd as an “internationally known restaurateur and celebrity,” Todd was on the site of his and Vanderpump’s West Hollywood bar P.U.M.P. Lounge on Oct. 3, when he noticed one defendant, Kevin Cazaref, doing construction on the venue that wa “both improper and unsafe.”

Todd claims that, in the interested of safety, he “respectfully proceeded to show defendant Kevin Cazaref how to properly operate a concrete chipper in a safe and proper manner” — at which point Cazaref allegedly threw the machine at Todd, “causing serious and permanent injury to plaintiff’s lower body, including his hip, leg and knee.”

Cazaref then “lunged and charged” at Todd, according to the lawsuit.

The suit claims that Cazaref and his brother, David Cazaref, engaged in an “attempted shakedown and extortion” of Todd, threatening to go to the police with “false and fabricated accusations” that he had initiated the attack, and to smear his name in the media if he didn’t pay them at least $50,000.

This isn’t the first legal drama to descend on P.U.M.P. Lounge; back in August, Todd and Vanderpump were named in a lawsuit filed by a pair of restaurant entrepreneurs, who claimed that they were promised the location for their proposed sports-themed gay bar, and  had the location swiped out from under them. Todd and Vanderpump denied any wrongdoing, saying they had “no prior knowledge” of the plaintiffs.

Todd is seeking unspecified damages in the suit.