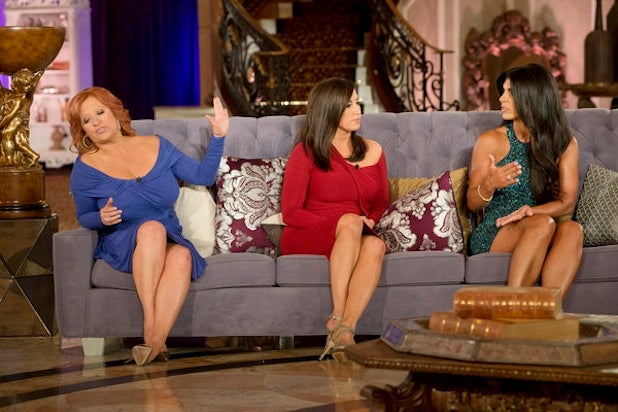 Caroline Manzo is officially calling it quits from Bravo’s “The Real Housewives of New Jersey.”

Having been with the show since its debut in 2009, the original cast member made the announcement on Twitter following several reports that she was exiting the series. When asked about the reports, Manzo told TheWrap she had no comment.

Now, she’s ready to talk: “It’s been wonderful guys. I’ve decided to leave #RHONJ this season was my last. Love and kisses to you all. xoxoxo,” she wrote on Sunday as Part 2 of the show’s Season 5 reunion aired.

Sunday’s reunion ended with a hint toward her departure as she finished telling cast mate Teresa Giudice that she had taken for granted all that she had done for the her and her family over the years, ending with “Boom, Caroline, between the eyes.”

“I’ve always prided myself on being a good example for my children and my decision to leave is based on advice I’ve always given them: ‘Be true to yourself and be proud of who you are, you are born with a name and you die with a name, don’t dirty it up.’ Going back to film another season of Housewives would only make me a hypocrite. For me, peace and integrity cannot be bought with money or fame. I practice what I preach, and as I said on the reunion, I’m done. I simply feel that my role has run its course and I have nothing more to give.”

The housewife will continue on with Bravo as her spinoff pilot, “Manzo’d With Children,” which TheWrap exclusively reported first, is in contention for a series pickup.

“If [‘Manzo’d With Children] goes to series [it] promises to give the viewers a very different look into the world of the Manzo Family,” she said. “We are having an absolute blast filming it, and I hope you all join us as we start our new chapter within the Bravo newtork. We didn’t close the book, we just turned the page.”