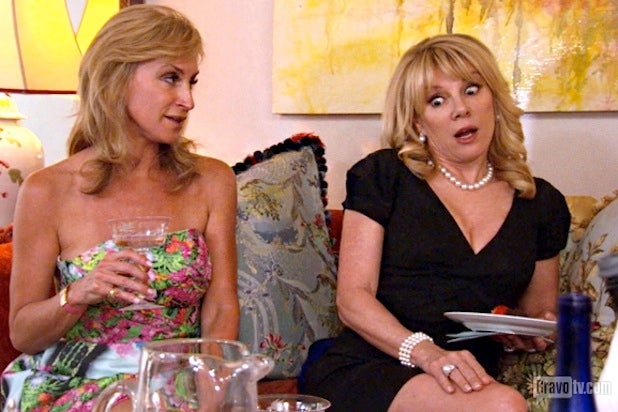 Despite the buzz of last year’s big showdown between Bravo and “The Real Housewives of New York City” cast, the Season 6 return failed to match last season’s premiere numbers.

Tuesday’s premiere episode earned 1.3 million total viewers with 657,000 of them in the advertiser-coveted Adults 18-49 demographic.

The good news is that Bravo saw an increase of 33 percent in total viewers and 24 percent in the key demo for the time period.

Last season, “RHONY” saw the biggest cast change in “Real Housewives” franchise history when it replaced four castmembers. It then subsequently lost an average of 460,000 viewers or 23 percent of its audience from the previous season.

This season, it demoted one original castmember, LuAnn DeLesseps, to a recurring role and added a new fulltime castmember Kristin Taekman, a model and mother of two. If the ratings continue to slide this season, it remains to be seen how Bravo will mix up the cast once again.

Note: An earlier version of this article mistakenly stated that there was a 24 percent decline season-over-season. It has been corrected to a 20 percent decrease.