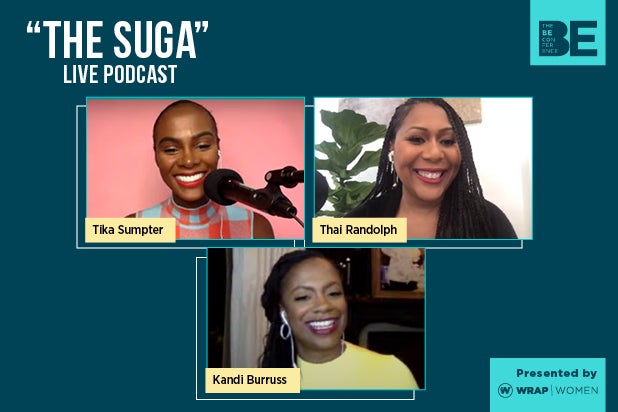 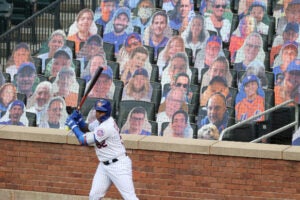 Remote Studio or Life Inside a Bubble: How to Broadcast Sports During a Pandemic

BE Conference 2020: “Some of us feel guilty when we’re not able to get pregnant. … I had to really just snap out of that,” Burruss tells “The Suga” hosts Tika Sumpter and Thai Randolph

“The Real Housewives of Atlanta” star Kandi Burruss said that she had to get past the “guilt” and stigma surrounding surrogacy and IVF after realizing she wasn’t able to get pregnant on her own.

“That goes back to that guilt thing. Some of us feel guilty when we’re not able to just get pregnant,” Burruss said during a live episode of “The Suga” podcast at TheWrap’s BE Conference. “I had to really kind of just snap out of that.”

Speaking with “Suga” hosts Tika Sumpter and Thai Randolph, Burruss said that after the birth of her first daughter, she had a myomectomy surgery to remove fibroids that left her with scar tissue, which made it difficult for her to become pregnant again. But after doing her research and speaking with her doctors, Burruss made the decision to use IVF for her second child and a surrogate for her third — moments that were partially documented on “Real Housewives” and led other mothers to begin opening up about their own experiences with IVF or surrogacy, Burruss said.

“The funny thing was after we actually started putting the process out on television, actually somebody that I knew personally contacted me and was like, ‘Oh yeah, you know, my daughter is through a surrogate,’ and I was like, ‘No, I didn’t know that,'” Burruss said. “I think people just weren’t having the conversation.”

Still, when going through the process of IVF and using a surrogate, Burruss said there were moments she would “tear up” after being judged by others who brought up religion or other reasons why it was her fault she wasn’t able to get pregnant.

Watch the full video of “The Suga” podcast above.