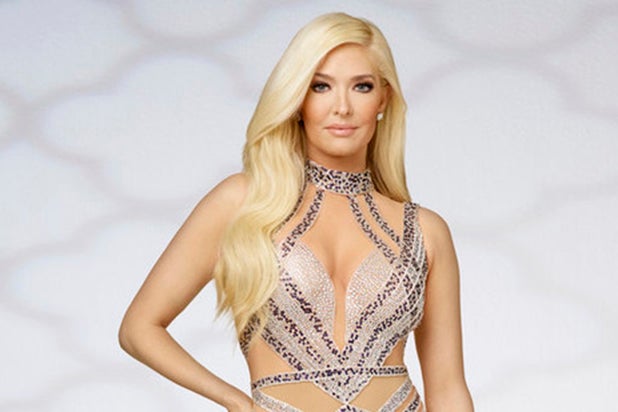 Recruited to the show by her best friend and co-star Yolanda Foster, Girardi joins the Bravo reality show with fellow freshman Housewife Kathryn Edwards for Season 6.

Though jumping into a show after six years can be a daunting prospect, and Girardi says she hadn’t watched the show before being cast, she jumped at the opportunity.

“To step into a group of women [who have already known each other for years] is sometimes awkward, sometimes uncomfortable,” Girardi said in an interview with TheWrap. “But everyone is really smart and has a lot to offer. And it’s a really fun group of women. I enjoyed my experience immensely.”

TheWrap: What was it like coming on to a show that’s been around for a while with an established cast?
Girardi: You’re right that they were already an established group. So to step into a group of women like that is sometimes awkward, sometimes uncomfortable. But everyone is really smart and has a lot to offer. And it’s a really fun group of women. I enjoyed my experience immensely.

Did you find that the women acted differently on- and off-camera?
I think everyone is pretty much themselves all the time. And at their core, these are some really strong, smart, accomplished women.

What made you want to do the show?
I think it’s a great opportunity to be yourself and have fun. And I don’t have a lot of women friends. That’s the great thing about this show, it’s an opportunity to invite this group of women into your life.

Why do you think the franchise has been such a huge hit?
Two things, I think: one, obviously, is the lifestyle. The glitz and the glamour, the fun. The hair, the makeup, the clothes. The house, the cars. But then also watching this group of women navigate a landscape, which at first glance is very tough … You can see these women struggle, laugh, cry. And you can see them come together.

“The Real Housewives of Beverly Hills” airs Tuesdays at 9 p.m. on Bravo.