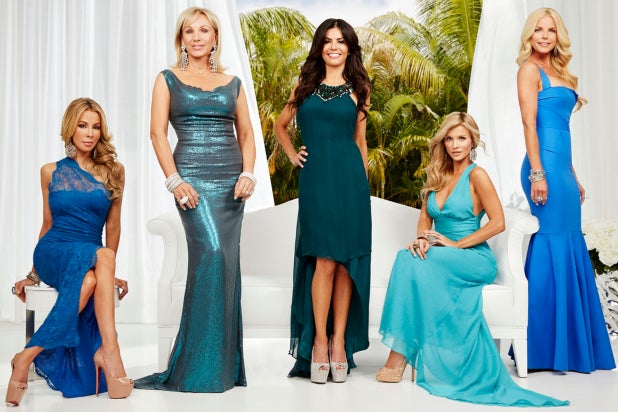 “The Real Housewives of Miami” revival that you’ve been waiting for is finally in the works at Peacock, the NBCUniversal-owned streaming service revealed during the Television Critics Association press tour Wednesday.

There is currently no word on which cast members would return for Season 4.

The “RHOM” revival project is being produced by Purveyors of Pop with Cohen, Matt Anderson, Nate Green and Cooper Green serving as executive producers.

Meanwhile, “Housewives” producer Cohen is set as the host of Peacock’s “Ex Rated,” which “explores the growing trend of adult singles who send standardized ‘exit surveys’ to all of their previous romantic partners – from long-term relationships to casual hook-ups – to learn why their relationships never materialized or simply didn’t last.”

Peacock promises the new show, which is also executive produced by Cohen, “is a revealing social experiment that looks at sex and relationships in a whole new light – it will be hilarious, shocking, awkward and even informative.”

“The series will challenge adult singles of all ages and backgrounds to face raw, unfiltered feedback on everything from their personality to sexual prowess and relationship skills in order to find out where they went wrong and how they can improve,” per the streaming service.

Also Read: NBCU Chief Thinks 'The Office' Usage Is 'Actually Higher' on Peacock Than It Was on Netflix

Also on Wednesday, Peacock ordered a six-episode docuseries “John Wayne Gacy: Devil in Disguise” as well as an untitled comedy from Craig Robinson and ensemble comedy “Bust Down” from Lorne Michaels.

“Peacock is committed to expanding the breadth and depth of our content and pushing the boundaries of compelling storytelling across genres,” Susan Rovner, chairman of entertainment content at NBCUniversal television and streaming, said. “I am excited to unveil a dynamic slate of new programming that truly offers something for everyone, whether you’re a fan of comedy, reality, true crime or sports.”