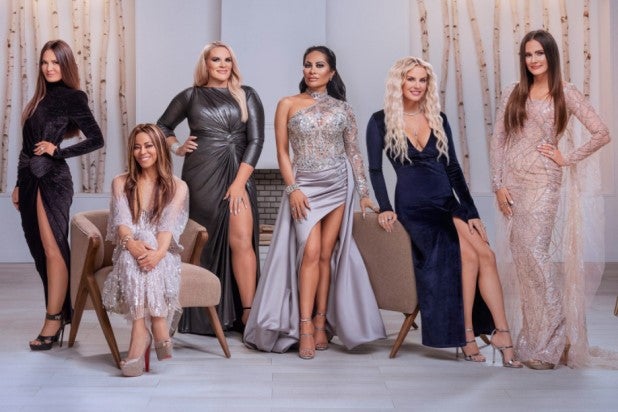 Bravo revealed the cast of its upcoming “Real Housewives of Salt Lake City” — and it’s the most diverse in the franchise history, including the first housewife of Polynesian heritage.

Cosby is Black, while Shah is of Polynesian heritage. They come from different religious backgrounds as well: Cosby is Pentecostal, Barlow is “Jewish by heritage and Mormon by choice,” and Marks is Jewish. Rose and Shah have left the Mormon church, with Shah converting to Islam.

The other cities’ casts are mostly homogenous.

In 12 seasons, “New York” has only featured one woman of color: Jules Wainstein, whose mother is Japanese and father Ashkenazi Jew. Wainstein lasted one season.

Executive producer Andy Cohen said that they are addressing the diversity issue in the upcoming season of “New York.”

“We’re working on next season,” Cohen told Us Weekly in August amid reports a woman of color would join the Big Apple bunch. “I’m excited for what we have planned.”

Former NYC cast member Bethenny Frankel — who helped McSweeny get on the show — called for more diversity years ago.  “I’d like to see an African-American woman on the show. I suggested someone who didn’t work out. There are really no Jewish women in the cast. There are also no Asian, Latino or gay women on the show,” Frankel said in a 2017 interview. “I’d like it to represent New York more.”

The now-canceled “Real Housewives of Miami” featured a mix of white and Latin cast members. Other Bravo shows, including “Shahs of Sunset” and “Family Karma,” focus on Persian and Indian communities, respectively. However, “Housewives”-adjacent shows like “Vanderpump Rules” and “Don’t Be Tardy” — which stars the aforementioned Zolciak — have also been criticized for their lack of diversity.

Check out the trailer for “The Real Housewives of Salt Lake City” below.

(Editors note: Peggy Sulahian — who is Armenian American — appeared opposite Dodd in Season 12 of “Orange County.” Because Armenians are considered a white ethnicity in the United States, she is not considered a person of color for this article.)