Filming on “The Real Housewives of Salt Lake City” Season 2 was underway when castmate Jen Shah was arrested by federal agents back in March, and the aftermath is revealed in the just-released trailer, which you can watch below.

“Do you know how f—ing scared I am?” she asks her husband at the prospect of jail time.

Shah and her assistant Stuart Smith, who was also featured on the Bravo reality series, allegedly carried out a “wide-ranging telemarketing scheme that defrauded hundreds of victims throughout the United States,” prosecutors said.

According to prosecutors, the pair marketed fraudulent “business services” to elderly people over the phone and then sold their information to other participants in the scheme “with the knowledge that the individuals they had identified as ‘leads’ would be defrauded by the other Participants.” 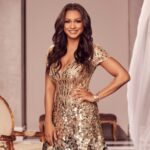 Shah pleaded not guilty to the charges in April and released on $1 million bond and allowed to continue filming. Earlier this week, Shah had a hearing in New York City to set a trial date for March 2022.

In addition to Shah’s woes, a new housewife is introduced: Jennie Nguyen. Shah describes her as “a little firecracker.”

Shah and the other original housewives — Lisa Barlow, Mary Cosby, Heather Gay, Meredith Marks and Whitney Rose — will all be returning. Watch the trailer below.

Season 2 of “The Real Housewives of Salt Lake City” premieres Sept. 12 on Bravo.