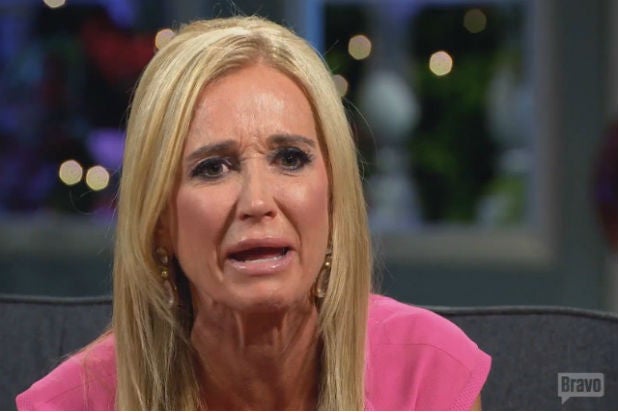 “Real Housewives of Beverly Hills” star Kim Richards has been charged with three misdemeanor counts in connection with an April incident at the Polo Lounge at the Beverly Hills Hotel, during which an allegedly intoxicated Richards refused to leave the premises and later kicked a police officer, the Los Angeles County District Attorney’s office said Wednesday.

Richards has been charged with public intoxication, resisting arrest and battery on a peace officer. She faces a possible maximum sentence of two years and six months if convicted.

According to the Beverly Hills Police Department, officers responded to reports of a possible fight at approximately 1:30 a.m. on April 16. Hotel security reported that an “intoxicated female” — that would be Richards — had caused a disturbance at a hotel restaurant and was asked to leave. While being escorted from the hotel, Richards asked to use the bathroom, then refused to leave, according to police.

Police entered the bathroom and took her into custody shortly after 2 a.m., and according to police the reality TV star was in pretty rough shape.

In a subsequent, emotional interview on “Dr. Phil,” Richards, a veteran of rehab, admitted that the incident was “my fault.”

“I was angry and frightened and I was scared,” Richards said during the interview. “I knew what I had done. The whole night is my fault. None of this would have happened if I didn’t drink.”

Arraignment on the case is scheduled for Thursday.

The case remains under investigation by the Beverly Hills Police Department.