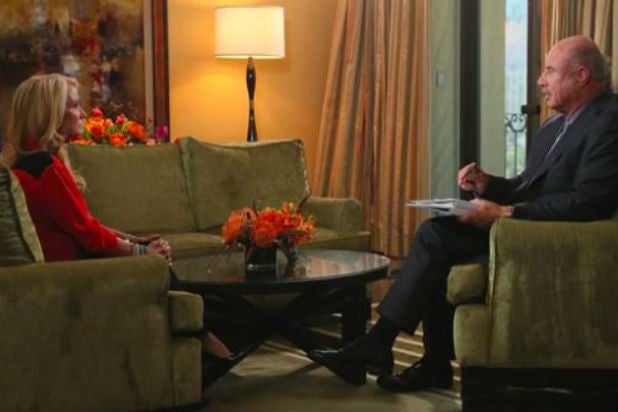 “Real Housewives of Beverly Hills” star Kim Richards discussed her battle with alcoholism and recent arrest following a drunken meltdown in an interview with Dr. Phil.

The Bravo reality star sat down with the television doctor in a special episode that will air Tuesday, April 28.

“I was angry and frightened and I was scared,” Richards told Dr. Phil regarding her arrest on April 16. “I knew what I had done. The whole night is my fault. None of this would have happened if I didn’t drink.”

According to the BHPD, officers responded to calls of a possible fight at approximately 1:30 a.m. PT on April 16. Hotel security reported that an “intoxicated female” had caused a disturbance at a hotel restaurant and was asked to leave. While being escorted from the hotel, Richards asked to use the bathroom, then refused to come out, according to police.

Police entered the bathroom and took Richards into custody shortly after 2 a.m. PT.

After being transported for booking, Richards allegedly “kicked one of the officers in the leg.”

Richards was issued a citation and released. She’s due to appear at the LAX Superior Court on June 10.

The former child star, who starred in the early ’70s series “Nanny and the Professor,” has struggled with substance abuse for years and has been to rehab multiple times.