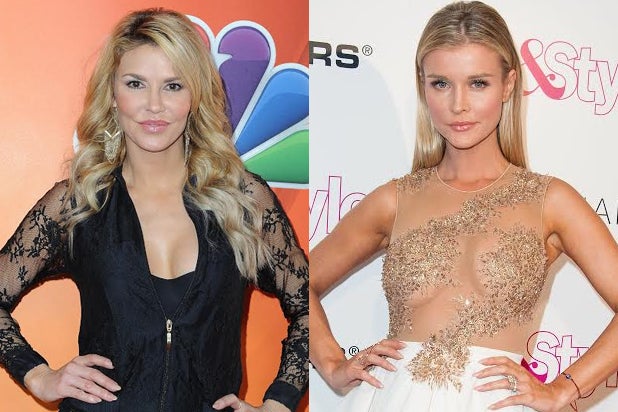 “Real Housewives” personalities Brandi Glanville and Joanna Krupa have cleared the air in a lawsuit over comments that Glanville made about Krupa’s feminine hygiene.

Krupa and Glanville have settled a lawsuit that Krupa brought against Glanville, after Glanville made disparaging comments about Krupa’s vaginal odor, TheWrap has confirmed.

Along with news of the settlement, an apology from Glanville was issued, in which Glanville said, “I regret ever making such statements about Joanna Krupa;”

While the terms of the settlement are confidential, Krupa’s attorney said that he and his client are “pleased with the settlement.”

The suit contended that during a 2013 appearance on Bravo’s “Watch What Happens Live” and a subsequent appearance on the show’s YouTube channel, Glanville made defamatory comments about Krupa.

During the “Watch What Happens Live” appearance, the lawsuit said, Glanville proclaimed that Krupa had slept with Mohamed Hadid, the then-husband of “RHOBH” castmember Yolanda Foster.

Glanville went on to say that Hadid told her and Lisa Vanderpump that Krupa’s “p–sy smelled,” according to the complaint.

The lawsuit alleged that Glanville went on to again insinuate that Krupa has less-than-ideal feminine hygiene during the YouTube appearance. While discussing Krupa with host Andy Cohen, the lawsuit claimed, Glanville asked Cohen if he got food poisoning from eating bad sushi and added that, while Krupa is a “stunning” woman, “you can’t help the odor situation.”

“Mrs. Krupa has suffered and is suffering damages, including, but not limited, to emotional distress, mental anguish, humiliation, ridicule, hatred, contempt, injury or impairment to her reputation and/or standing in the community and/or embarrassment, which damages will continue to be suffered now or in the future,” the lawsuit read.

Alleging slander, slander per se and intentional infliction of emotional distress, the lawsuit said that the alleged damages that Krupa has suffered are at “a value greater than” $15,000.