Paramount+ has unveiled the official trailer for “The Real World Homecoming: New Orleans,” which will premiere in the U.S. and Canada next month and in Australia and Latin America this summer.

The third installment of the original unscripted series, which reunites casts of previous “Real World” series, brings back New Orleans cast members David “Tokyo” Broom, Melissa Beck, Jamie Murray, Danny Roberts, Matt Smith, Kelley Wolf and Julie Stoffer. The trailer reminds us that Julie has “a controversial history” with her roommates and that the bad blood from her actions in 2000 is still very present.

To catch up on what went down in 2000, the original 23-episode season of “The Real World: New Orleans” will come to Paramount+ in the U.S. on April 13, a week before the homecoming series debuts on April 20. 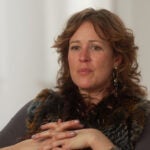 MTV’s “The Real World” was created in 1992 by Jonathan Murray and the late Mary-Ellis Bunim of Bunim/Murray Productions, and has been widely credited with launching the reality TV craze.