Katie Gold made it to the final four on the first year of “Survivor’s” Australian edition. Throughout the program she received a continuous stream of letters saying, "You’re a disgrace, you disgust us."

When the show was done, Gold (pictured below) continued getting hate mail, suffered clinical depression and had to undergo years of psychotherapy to deal with, as she put it, “serious trust and abandonment issues.”

Mental-health workers have discovered that often people who compete on shows like “Survivor” and “Big Brother” — even those who win — suffer severe and often long-lasting psychological trauma as a result.

“The obsession to be on TV is like the obsession to use drugs and alcohol,” Miami psychologist Dr. Jamie Huysman told TheWrap. “It’s just a symptom of a much deeper emotional problem, and the sufferer’s malaise infects the entire family.”

Huysman, who has a special practice in which he treats victims of reality shows and their families, says he has treated over 800 people since he founded AfterTVCare in 1992.

He started the practice when the producer of a TV talk show asked him to intervene in a case where a man who had appeared on the program was threatening to kill his daughter and himself because of what he revealed about lusting for her.

“Reality shows open wounds which no one can suture, so after your appearance, you’re left to bleed to death,” he said. “In effect, everyone who appears is thrown out of the lifeboat when their segment ends. “For everyone who appears — winners and losers alike — the lights go down, clinical issues remain. (See more on the interview with Dr. Huysman.)

People don’t have any idea what it’s going to feel like to have so much of their life exposed to the camera, said Dr. Michelle Callahan, who recently served as a co-host and life coach on the mean girl makeover reality series "Queen Bees" on The N network.

"They underestimate how much stress they can deal with,” Callahan told TheWrap. “They think, ‘Oh, we’re cool, we’ll have so much fun and it’s gonna do great things for us so it’s worth it for the exposure.’ "

Callahan added that often contestants don’t realize how much scrutiny they will have to endure even after their time on the show has ended. "Your persona on the show extends back to your real life," she said. "If you’re on ‘The Biggest Loser’ and the show ends and you’re driving down the street and you stop at Popeye’s, people are gonna say, ‘Hey, you still look fat.’ Your weight issue has become public. That’s a lot of pressure to endure."

Weight, especially, can bring out the insults.

Jade Goody (pictured below), a 21-year-old dental nurse from London who died from cancer earlier this year, was dubbed "the most hated woman in the United Kingdom” during her 2002 “Big Brother” stint and was routinely called out for being bitchy, two-faced and fat. A newspaper columnist wrote, “Jade is one of the most hated women on British TV and life will be hard for her when she leaves the house but don’t feel sorry for her … vote the pig out.”

And she wasn’t the only one to be targeted: A 15-year-old who had the misfortune to look something like Jade was beaten up after being mistaken for the contestant. 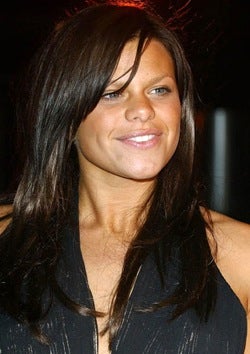 “We live in an age of disposable people,” Huysman told TheWrap. “The producers don’t care about the players, they care about the sponsors who want eyeballs, confrontations, meltdowns — they love it when people cry or are brow-beaten. That’s why the highest-rated shows are the ones where people get crushed emotionally.”

What doesn’t happen naturally often is added by the shows’ producers, he said: “No one tells these people it all will be edited, not just to shorten the running time but to manipulate character development. Character defects may be exaggerated simply by editing down their good qualities.”

Some contestants end up being the good guy; others end up as the villains.

“Americans aren’t comfortable with ambiguity,” Dr. Jorga Leap, a professor of social welfare at UCLA, told TheWrap. “So, just like a dramatic series, the producers decide before taping who will wear the white hat and whom the black. The problem is, we all are made up of good and not so good qualities and the contestants don’t get to choose which qualities they want displayed to the audience."

“It doesn’t matter if someone is a strong personality or a basket case," she added. "Everyone loses their sense of self — and that’s why the worst traumas are suffered after the program airs; people are left with, ‘Now what?’  And they have to face a society that thinks they know you because they saw a version of you on TV."

The only difference between so-called reality shows and dramatic shows is that they get real people to play the roles,” said Huysman. “You may think you’re the smart, sexy one, only to see yourself portrayed as a calculating bitch when the show airs. That’s why so many winners suffer a type of post-traumatic stress syndrome."

Jade Goody actually got a chance to switch hats, when she was given her own talk show, "Just Jade," in 2006. With a public plea for forgiveness, Goody stage-managed a kiss-and-make-up session with the fellow contestant she mocked and made a “goodwill visit” to India, where she toured a children’s charity, apologized again and made a donation.

Finally, unwilling to give up her newfound notoriety up to the end — literally — Goody invited the cameras to film her as she was dying, for a two-part tribute called "Jade: With Love," that aired in 2009. Her funeral was broadcast live in England.

So how does one prepare for the onslaught reality shows bring?

Potential contestants need to be "brutally honest about the possibility that people are going to be critical of them," Callahan said. "You have to think about the worst case scenario and be sure you can live with it — people invading your privacy, family coming out of the woodwork to sell you out, people picking on your weight or your skin — is it all worth it?"

Dr. Geoffrey White began working as a therapist on reality television programs like "The Mole" nearly 10 years ago. Now he screens potential cast members to make sure they’re not too unstable. He also supervises contestants while the show is in production.

"The best way to screen the cast is not to talk to them but to put them in situations where you can watch them interact," White told TheWrap. "Most people can make a pretty good impression in an interview or filling out a form, but if you place people in two or three mock situations, then you can really judge the way someone will respond to a situation."

White believes there should be greater ethical standards created for the screening process.

"There is enormous potential for risk, and nobody is really following these people up or watching over their welfare," he said. "An industry standard should be created and producers should be held liable should anything happen."