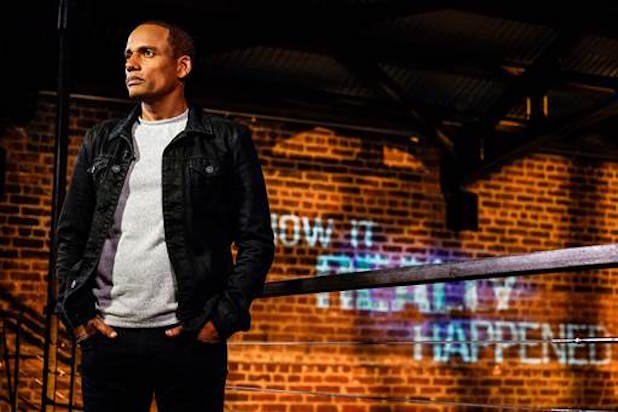 HLN’s new true crime show, “How It Really Happened with Hill Harper,” digs deeply into notorious cases and celebrity mysteries — so much so that its host had to choose his words very carefully during a recent interview with TheWrap for fear of legal repercussions.

“I don’t want to potentially jeopardize the episode from being aired from a lawsuit perspective,” Harper told TheWrap from the set of Showtime’s “Homeland,” in which he has a prominent role in the current season. “There are new theories presented that some people, I think on the legal side [of HLN], were nervous about.”

The series, which premieres tonight at 8 p.m. ET on CNN’s sister network, examines famous mysteries that range from high profile murder trials for O.J. Simpson, the Menendez brothers and more, to the sudden deaths among music royalty, including, Prince, Michael Jackson and Whitney Houston.

Also Read: Why Erica Hill Returned to HLN: 'It Really Does Feel Like Coming Home' (Exclusive)

On paper, Harper is the perfect fit for the gig. He holds a law degree from Harvard and famously played medical examiner Sheldon Hawkes on “CSI: NY.” But when you strip down the resume, he’s simply a guy who is interested in this stuff.

“Even though I did ‘CSI: New York’ for years, I watched ‘Forensic Files.’ I get caught up on it just as much as everyone else. Sometimes I turn it on and by accident, the next thing I know, I’ve watched three episodes of it,” Harper said.

Elements of the show mirror the popular true crime genre, and Harper is well aware that the category is hot right now.

“You look at great storytelling like ‘Making a Murderer’ or ‘Serial’ or any of these podcasts or shows and folks have always been interested in storytelling and mystery,” Harper said. “Obviously, from my days on ‘CSI: NY,’ people are interested in evidence and crime, and how you solve crime.”

Harper said the technology “to be able to archive so much information” is fairly new and this type of program couldn’t have existed in the past.

“You look at someplace like CNN that has this treasure trove of archived storytelling information, most of which never gets seen, but a lot of it is shot and maybe some people ignored it or missed it. To be able to dive deep into those archives and then take a new and different look at many of these stories that a lot of us think we know, I think is fascinating,” Harper said. “I’m so happy and excited to be a part of HLN’s first original series in this format.”

HLN’s vice president of program development Nancy Duffy agrees: “This compelling series is a perfect example of how HLN’s collaboration with CNN can yield powerful and distinctive content that is tailored to HLN’s viewer interests.”

Harper, who remains friendly with former law school classmate President Barack Obama, called his new show “appointment television” but said there is one person who shouldn’t watch right away. “Hopefully he’ll set his DVR,” he said of Obama, who has cited his need for a rest directly following his departure from the White House. “I’m hoping that he’s not watching any news channel for a long, long time.”

“How It Really Happened with Hill Harper” debuts as part of “HLN Spotlight,” the network’s Friday primetime programming block which showcases a mix of newly developed original programs and previously aired CNN series that include “The Hunt” and “Death Row Stories.” This is the first new series for HLN created by the CNN Original Series Development team.