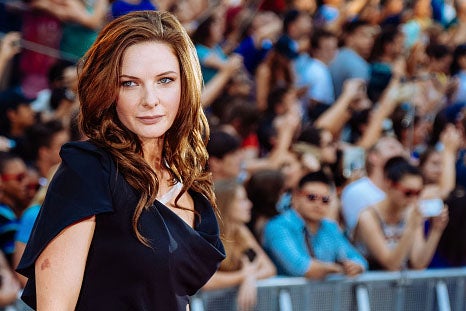 “Mission: Impossible — Fallout” star Rebecca Ferguson is in talks to star alongside Timothée Chalamet in Legendary Entertainment’s adaptation of “Dune.”

The casting isn’t a done deal yet, and Legendary is still in negotiations.

The film, an adaptation of Frank Herbert’s bestselling novel “Dune,” is set to be directed by Oscar-nominee Denis Villeneuve, with a script written by Villeneuve, Oscar-winning writer Eric Roth and Jon Spaihts.

Set in the distant future, “Dune” tells the story of Paul Atreides whose family accepts control of the desert planet Arrakis, which is the only source of coveted spice melange. As the only producer of the highly valuable resource, control of Arrakis is highly contested among the noble families. After Paul and his family are betrayed, the story explores themes of politics, religion, and man’s relationship to nature as Paul leads a rebellion to restore his family’s control of Arrakis.

Chalamet is on board to play Atreides. It’s unclear what role Ferguson would play.

The 1965 sci-fi novel was adapted in 1984 by David Lynch in a notoriously high-profile box office bomb that starred Kyle MacLachlan and featured rock star Sting. Legendary acquired the film rights to “Dune” and its five sequels two years ago.

The project will be produced by Mary Parent, Cale Boyter and Villeneuve. Thomas Tull will executive produce along with Brian Herbert, Byron Merritt and Kim Herbert for the Frank Herbert estate and Kevin J. Anderson will serve as a creative consultant.

Ferguson is represented by ICM Partners and Tavistock Wood Management.