Over the course of the last year, “Pitch Perfect” actress Rebel Wilson has made headlines for losing — and documenting while doing it — 70 pounds. And, according to Wilson, she got some pushback.

In a new interview with the BBC, which has named her one of their 100 Women of 2021, Wilson said that her team gave her some pushback when she informed them that she was starting a new fitness regiment that would likely result in an all-out transformation.

“I got a lot of pushback from my own team actually, here in Hollywood, when I said ‘OK, I’m gonna do this year of health. I feel like I’m really gonna physically transform and change my life,'” Wilson said. “And they were like ‘Why? Why would you want to do that?’ Because I was earning millions of dollars being, you know, the funny fat girl, and being that person.” 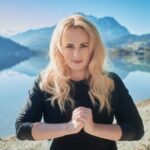 Wilson began her fitness journey in 2020, publicly sharing updates and videos of her workouts on social media, explaining that her approach was “just about keeping your body moving and keeping the blood pumping.”

“I feel like sometimes people think you need to work your body really hard to get results, and yeah, if you were training to be the next Thor or something you would be doing hardcore things, but as a regular person, walking is just so healthy for you. The body is designed to move in that way,” she told Today at the time.

In her new BBC interview, Wilson told the U.K. outlet that her decision really did have everything to do with her health.

“Even though I was still very confident being bigger, and you know, would walk a red carpet, even though I was probably double the size, sometimes triple the weight, of other actresses, but like, I still felt confident in that,” she said. “But I knew deep down inside, some of the emotional eating behaviors I was doing [were] not healthy.”