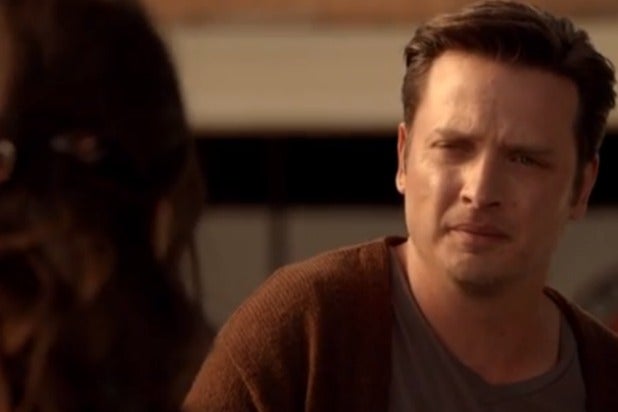 Should Daniel Holden give up his newfound freedom?

In this exclusive clip from Thursday’s “Rectify,” Daniel (Aden Young) admits to his sister Amantha (Abigail Spencer) that he’s tempted to accept a plea deal that will return him to prison but spare him the death penalty.

Daniel questions whether anyone’s life has improved since he returned to his small town after spending nearly two decades on death row in the murder of his girlfriend. We still don’t know what actually happened, or why Daniel would to take the blame if he isn’t guilty.

“Name one person, Amantha, just one, whose life is better since I been out,” he says.

“We are happier because you’re out,” he says.

He isn’t buying it. So Amantha makes on more suggestion, in hopes of changing his mind.