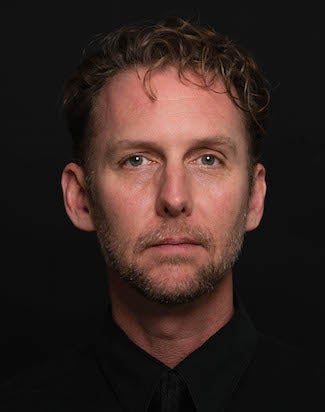 Fresh off a pair of hot Sundance titles, Jayson Warner Smith (“Rectify”) has joined the cast of four high-profile features, including one studio movie and three indie projects, TheWrap has learned.

Smith will join Tom Cruise in Doug Liman‘s “Mena,” which just started shooting, and he has already wrapped the Hank Williams biopic “I Saw the Light” with Tom Hiddleston and the slavery drama “Birth of a Nation” with Nate Parker, as well as Antonio Campos’ indie drama “Christine” starring Rebecca Hall and Michael C. Hall.

In the true life drug-runner tale “Mena,” Smith has been cast as Bill Cooper, a friend of Cruise’s character who also works as one of his trusted pilots. Smith will spend five weeks playing Cooper, who died in 1986.

Smith will play plantation owner Earl Fowler in “Birth of a Nation,” which chronicles the slave rebellion that Nat Turner led in 1831. Parker is writing, directing, producing and starring as Turner alongside Armie Hammer, and the duo will share multiple scenes with Smith.

“Christine” stars Rebecca Hall as Christine Chubbuck, a reporter who committed suicide live on the air in 1974. J. Smith-Cameron will co-star as her mother, Peg Chubbuck, and Smith will play Peg’s boyfriend Mitch, so he’ll share scenes with both actresses, as well as Maria Dizzia.

In “I Saw the Light,” Smith plays Canadian country music star Hank Snow opposite Hiddleston’s Hank Williams. The film comes out in November and hails from Bron Studios, the same company behind “Birth of a Nation.”

Smith recently appeared in Ramin Bahrani’s “99 Homes” alongside Andrew Garfield and Michael Shannon, and in Ryan Fleck and Anna Boden’s “Mississippi Grind” with Ben Mendelsohn and Ryan Reynolds. Both films screened at the Sundance Film Festival earlier this year. The veteran character actor has also wrapped “The Devil and the Deep Blue Sea” with Jason Sudeikis and Jessica Biel.

Smith is represented by the Alexander White Agency.