The books titled “Red Mars,” “Green Mars,” and “Blue Mars,” chronicle mankind’s colonization and transformation of the red planet. They have been adapted in 21 languages and are regarded as the best novels ever written on the subject.

Also Read: 'Lost in Space' Remake in Works at Netflix

“Red Mars” will be executive produced and written by J. Michael Straczynski (“Sense8,” “Babylon Five” and “Changeling”), and executive produced by Vince Gerardis (“Game of Thrones, “Flash Forward”) who brought the project to Spike and has shepherded development, along with Skydance’s David Ellison, Dana Goldberg and Marcy Ross.

“The heart and soul of Red Mars is about humanity,” Sharon Levy, Executive Vice President, Original Series, Spike, said in a statement to TheWrap. “This group of strangers must find a way to live together and survive under the most daunting conditions mankind has ever faced to become the first living generation of Martians.”

“We are thrilled to join forces with Spike to bring Kim Stanley Robinson’s dynamic world of the Mars trilogy to television audiences for the first time ever, particularly in the brilliant creative voice of science fiction legend J. Michael Straczynski,” Marcy Ross, President of Skydance Television, added.

“The Mars Trilogy” won several awards including the prestigious Nebula and Hugo Awards. Robinson, a New York Times best-selling author, will consult on the series.

“Red Mars” is set to go into production next summer and debut in January 2017. 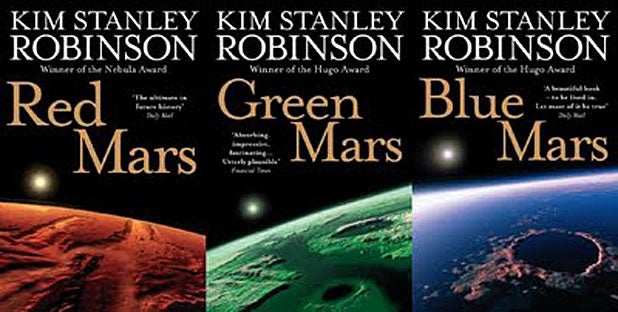