TheWrap recently ran a blog post by Redbox CEO Mitch Lowe titled, "We Are the Engine for Industry Growth." Lowe states that Redbox’s business — based on $1 DVD rentals — will "grow overall interest in and purchase of DVD entertainment."

As the CEO of a Hastings Entertainment, a retailer that pioneered low-cost rentals, I understand firsthand Lowe’s enthusiasm for $1 DVD rentals. Consumers love the price, and we love the increased business that $1 DVD rentals bring. 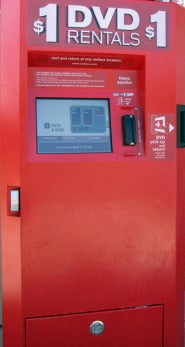 We simply cannot give away products that cost hundred of millions of dollars to produce or else we will end up just like the newspaper industry, which now has an unsustainable business model.

Once the main product of an industry is artificially devalued, the negative economic impacts will ripple throughout the industry, impacting the workers and businesses that rely on the overall industry. Let’s not create a modern-day "Goose that laid the golden egg" parable.

I believe there is a solution that allows Redbox to continue charging $1 for DVDs — on a release schedule that fits in with the current model of the entertainment industry. The movie business has an established release model — called a windowing model — based on releasing movies, pricing tickets, and selling and renting DVDs. Instead of disrupting this model by renting $1 DVDs as soon as they become available, Redbox needs to compromise by integrating itself into this established industry model.

Here is how the release windows work: The studios initially provide their movie to theater owners, enabling them to provide consumers with national access to a wide variety of films. Then that content goes to the home entertainment window, where consumers can buy or rent a physical copy or an electronic copy of a film. The content then travels to the pay TV window, and finally to cable.

The Redbox $1 movie rentals cannot expect to disrupt this model without having disastrous consequences for the income streams of the movie industry.

For example, if new releases would be available for $1 rental, consumers would be encouraged to forgo watching a movie in the theaters and instead wait a few months. Consumers would be discouraged from renting from bricks-and-mortar video stores — putting these stores out of business and reducing access to the thousands of movies that can’t fit into a kiosk. Consumers would be discouraged from watching the movie on pay TV or streaming to their computer for $3.99 when the movie can be rented for a single dollar. Consumers might not buy a DVD if they know they can rent it occasionally for just $1. And the examples go on and on. If movies are devalued in this way, those who work in the movie industry will be directly harmed. Reduced industry revenues will mean that fewer movies are produced — directly reducing the number of jobs available to people who work both in front of and behind the cameras.

Mitch Lowe’s approach to $1 DVD rentals might make him a lot of money in the near term, but it will destroy the entertainment business and result in thousands of lost jobs in the months ahead. There is a way to prevent that from happening if Redbox would try to work with the entertainment industry instead of against it. $1 movie rentals have a role in the entertainment industry’s "windowing model," and if Redbox truly has the consumer’s best interests in mind, it will work with the studios on an appropriate release model. Now that would be a true win-win-win for Redbox, the movie studios and consumers.

BIO TheWrap Staff
John Marmaduke has been president and CEO of Hastings Entertainment Inc. since 1976. He also serves on the board of directors of the Interactive Entertainment Merchants Association. Hastings is a multimedia-entertainment retail chain that does business in 20,000-foot superstores and on goHastings.com. Hastings stores deal in books, videos, CDs and video games.

John Marmaduke has been president and CEO of Hastings Entertainment Inc. since 1976. He also serves on the board of directors of the Interactive Entertainment Merchants Association. Hastings is a multimedia-entertainment retail chain that does business in 20,000-foot superstores and on goHastings.com. Hastings stores deal in books, videos, CDs and video games.
x