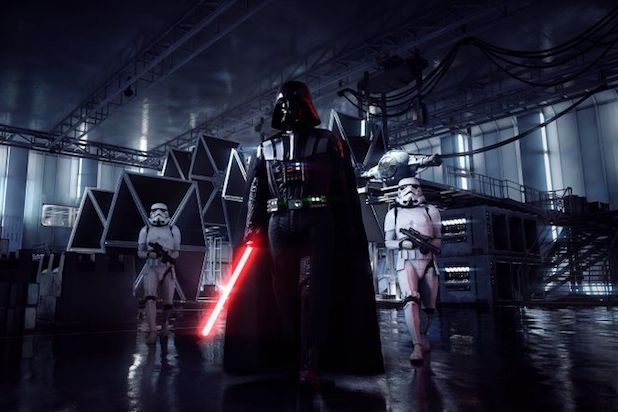 After immense backlash from “Star Wars” fans, Electronic Arts announced in a blog post on Monday that it was lowering the cost of unlocking characters in their new game, “Star Wars: Battlefront II.”

In the game, which will be released this week, gamers can earn in-game credits while playing and use them to unlock famous “Star Wars” heroes and villains as playable characters. But when hardcore fans got their hands on the game during the pre-release trial period, they found that some of the most popular characters, like Luke Skywalker and Darth Vader, cost 60,000 credits to unlock, which one gamer on Reddit calculated would require almost 40 hours of gameplay to earn.

One shortcut around this is to simply buy the in-game credits with real world money in microtransactions, but fans were angry at being forced to either play for dozens of hours to play as the movie characters — a feature that was heavily advertised by EA — or pay even more money on top of what they spent to buy the game. When EA tried to defend the characters’ credit cost in a Reddit post, that post became the most downvoted post in the site’s history with 473,000 downvotes.

Now, EA has announced that credit costs for the characters will be cut by as much as 75 percent, with Luke and Vader now costing just 15,000 credits to unlock while Emperor Palpatine, Chewbacca, and Leia Organa will have their costs dropped from 40,000 to 10,000 credits.

“It’s a big change, and it’s one we can make quickly,” EA said. “It will be live today, with an update that is getting loaded into the game.”