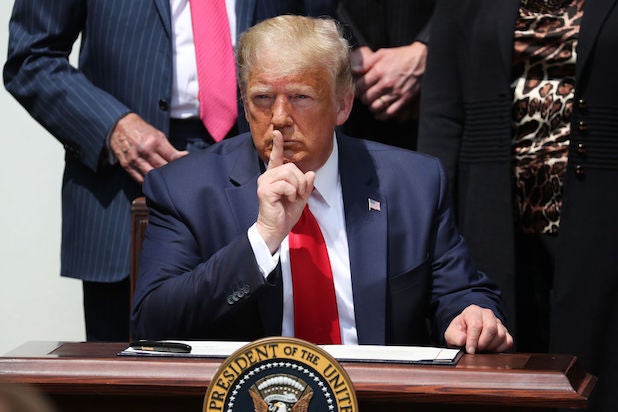 Reddit on Monday banned about 2,000 subreddits, including r/The_Donald, a popular hangout for fans of President Trump, and r/ChapoTrapHouse, a spinoff of the far-left “Chapo Trap House” podcast, for violating the site’s updated policies on hate speech.

The first rule included in Reddit’s new policies says: “Remember the human. Reddit is a place for creating community and belonging, not for attacking marginalized or vulnerable groups of people. Everyone has a right to use Reddit free of harassment, bullying, and threats of violence. Communities and people that inciting violence or that promote hate based on identity or vulnerability will be banned.”

The_Donald subreddit —  which doesn’t have an official connection to the president, although he did once participate in an “ask me anything” for it in 2016 — has failed to comply with Reddit’s new rules against hate speech, the site concluded. The decision comes after the community, which had nearly 800,000 members, promoted “racism, anti-Semitism, conspiracy theories, and violent memes” for years, according to The Atlantic. Reddit also said r/ChapTrapHouse is being removed for similarly breaking its hate speech rules.

Reddit’s expanded rules will also take action against posts that mock physical disabilities or describe a racial minority as sub-human; posts that say raping women is acceptable or that minorities shouldn’t be able to vote will also be removed.

The site’s updated rules come a few days after Facebook said it would add notifications to “newsworthy” posts from politicians that otherwise break its rules, after the social network has been heavily criticized by many on the left for not taking a tougher stance against what the president posts. Reddit CEO Steve Huffman on Monday said the site’s new rules go against the spirit of the First Amendment, but they were necessary to implement for Reddit’s overall wellbeing.

“I have to admit that I’ve struggled with balancing my values as an American, and around free speech and free expression, with my values and the company’s values around common human decency,”  Huffman said, according to The Verge.