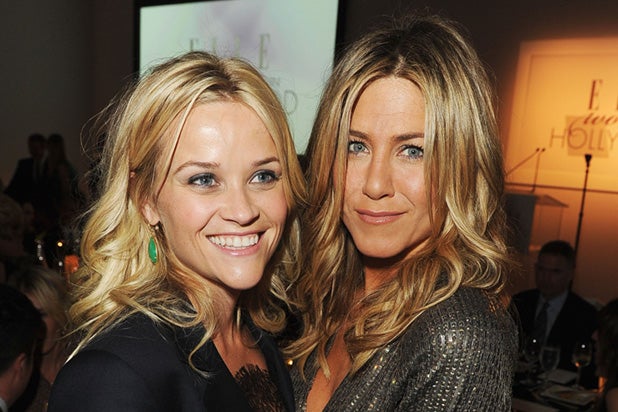 Reese Witherspoon and Jennifer Aniston’s untitled drama series about a morning talk show has landed at Apple with a two-season straight-to-series order, the company announced on Wednesday.

The series is described as “an inside look at the lives of the people who help America wake up in the morning, exploring the unique challenges faced by the women (and men) who carry out this daily televised ritual.”

Aniston and Witherspoon will both star in the untitled drama, marking Aniston’s first regular TV role since “Friends.” The actresses previously shared the screen for an episode of the NBC sitcom in which Witherspoon guest starred as Aniston’s sister.

“House of Cards” vet Jay Carson will serve as executive producer and showrunner on the series, which hails from Michael Ellenberg’s Media Res. Aniston and Witherspoon will also executive produce through their Echo Films and Hello Sunshine banners, respectively, and will co-own the series with Ellenberg and Media Res.

CNN’s Brian Stelter will consult on the project, with his 2013 book “Top of the Morning: Inside the Cutthroat World of Morning TV” serving as background material for the writers.

The drama is the second series ordered by Apple, which recently made waves in the television industry with plans to spend $1 billion on original content in 2018. The company’s first announced project was the Steven Spielberg anthology series “Amazing Stories,” from the Oscar-winning director and also “Hannibal” creator Bryan Fuller.