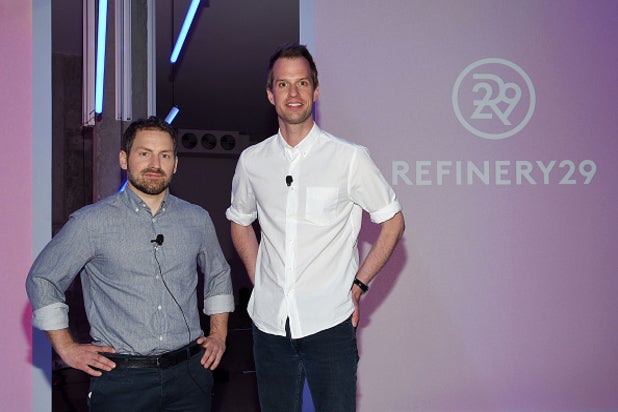 Refinery29 is laying off 10 percent — 40 employees overall — of its workforce as the company reorganizes its ad-sales team into a single “Customer Solutions Group.” The cuts were announced today via a staff memo from the company’s co-founders and joint CEOs Philippe von Borries and Justin Stefano.

“While our 2018 revenue will show continued year-over-year growth, we are projecting to come in approximately 5% short of our goal,” the two wrote in the memo, according to Variety.

“We have evaluated how our commercial team is organized and how we can work smarter and more proactively to deliver strong marketing solutions,” the memo read. “This will involve key changes in the people, processes and products of our revenue teams, including the creation of a unified Customer Solutions Group and a Sales Planning and Operations Group. All of this means that we will be parting ways with approximately 10% of our workforce.”

Also Read: Refinery29 to Partner With Neon to Expand Into Feature Films

The company will shift its focus to producing “premium, evergreen” video, an area where the co-CEO’s see “sustainable growth.”

“[We] will continue to produce more award-winning programming (both short and long-form) with less emphasis on the production of content with a short shelf life. While this type of content has been driving views, it has not yielded a great monetization strategy to justify the same level of continued investment.”

Despite expecting to miss its revenue goal by 5 percent, the company’s revenue has showed continued growth year over year, according to the joint CEOs. The memo also highlighted several areas the company has shown improvement in, including its international expansion and its direct-to-consumer business.

“It’s important to note that the overall performance of the business this year has grown in a tough environment and that we have successfully diversified our revenue streams. This includes international, which will be up over 100%; our originals business, which has grown 50%; and our direct-to-consumer business, which includes our award-winning live events and will be up over 300%. We expect all of these to be significant drivers next year,” it read.

This is the second round of layoffs at the company within the last 10 months. In December 2017, the company laid off 7.5 percent — or 34 employees — of its staff.

A rep for Refinery29 did not immediately respond to a request for comment.